With our current election broadcasted on every channel and forms of social media, we cannot escape the constant exposure. Whether participated at your elementary school, middle school, high school or university election, or maybe even chose to keep up with our current political climate on social media. Posters and fliers plastered throughout the hallways, flyer, t-shirt and pin handouts throughout the week and attending student council speeches are nothing new to students. “Vote for Chloe” says the campaign posters throughout your school and social media feeds, or “Choice for Change – Matt for Prez.” While the brightly colored posters and cleverly worded merchandise can seem exciting, the role of Student Body President at an institution might be a little more complicated than you may think. Have you ever wondered what it’s like to be the person on the flyer, button and t-shirt?

CM sat down with Wagner College’s student council president, Charnae Payne, to find out what being president actually entails.

Payne, a current senior and President of Student Government Association (SGA) at Wagner College, pursues a major in Biology with a minor in Allied Health. Involved with SGA since her freshman year, she slowly worked her way up through different positions before becoming president.

The position of “Diversity Inclusion Senator” came about during Payne’s Freshman year at Wagner College. After the rapid interview process, she later found out she won the position. “I wasn’t expecting to get it (the position), because I was a freshman. The environment was a little intimidating because I knew only a few people, but I knew that the position was really important, and I was thrilled to be given it. SGA needed a different aspect to hear different student voices,” said Payne. She served as the Diversity Inclusion Senator before becoming the Vice President her junior year.

Deciding to run for president felt easy for Payne, who had two different positions already under her belt. “While the decision to run wasn’t hard, the tactics in which running entailed was what was a bit difficult. Many people see it as a popularity thing, but in my opinion it’s more of the passion you have to make a difference. My passion pushed me to get involved more and gave me the opportunity to get to know other people across campus,” said Payne. Payne knew the things she wanted to change, along with the changes students wanted to see overtime; these two factors drove her towards the decision to run.

Payne encouraged the students on campus to give her their vote with her avidness to implement diversity inclusion on Wagner’s campus. “When I started in SGA, my main goal was always diversity inclusion. I wanted Wagner to kind of branch out and look at the different cultural aspects that existed on campus,” said Payne. “We attend a school in New York, which is a melting pot itself but, we also bring out international students and other students from all around the US and I think it’s important that we latch onto that and make sure those students feel comfortable with their decision to attend Wagner College,” said Payne. By serving as Diversity Inclusion Senator, she had additional knowledge on her goal and what exactly she wanted to do once elected.

When elected President of SGA, Payne took on various responsibilities. While dealing with student organizations and alumni, she most frequently worked on the administrative side of things on campus. “I’m serving as the sole voice of the student body, which again, can be very intimidating because I always want to feel like I am representing everyone. To accomplish that, I always consult with my e-boards, such as the Black Student Union. I even confide with the Biology and Science department and the students apart of it to talk about and figure out what exactly is lacking at Wagner,” said Payne. Payne reflects on the ideas and suggestions of individuals part of the student body, as well as various on-campus organizations. This reminds the students at Wagner to feel and know that she listens to their needs.

“Being president, in general, is a tough responsibility on its own to take on. People see you as the sole voice that is making the decisions, whether the decision is easy or difficult, is a lot of pressure. As a student, it’s a bit stressful since people expect me to always have the answers and I feel like it’s okay to not always have the answers,” said Payne. While the pandemic made it a bit more difficult for her to make certain decisions, she still partakes in weekly Zoom calls with her e-boards, administration, club congress and more. She finds that communication stands as one of the major key factors when coming to her role as President, especially when making decisions that may affect students on campus.

Though she enjoys her role as Student Body President, a career in politics remains as only a possibility that Payne may consider in the future. Right now, she’s both set and focused on a career in either neuroscience or plastic surgery. “If I were to take more of an interest in a job in politics in the future, it would more so be on the side of surgeon general, which deals with the public health of the country. Especially right now, it’s important because of the pandemic being COVID-19!” said Payne. Her passion for helping people propels her towards some-type of job within the medical field.

Every President paves the way for the future of SGA, dreaming of leaving a legacy of positive change for their school.

For Payne and the future of Wagner College, this couldn’t be more vital. Throughout her positions, she emphasizes on diversity and equal representation, both culturally and academically. “I strive to leave a legacy where all students are represented equally in every aspect. I want Wagner to be a bit more open minded when it comes to accepting individuals who they aren’t so used to interacting with. It’s important that students, especially ones apart of minority groups, that attend Wagner see that representation in every aspect of the college,” said Payne. One example of a lack of diversity and inclusion at Wagner is the biology department. While unintentional, the department lacks women, women of color and people of color in general! The same goes for fraternities and sororities on campus; Greek Life can use more diversity. Slowly, but surely, President Payne, the members of the Student Government Association and Wagner administration will fulfill all these ideas and goals.

For those of you looking to participate in Student Government or hope to run as president of Wagner College or other institutions, Payne advises you stay persistent and dedicated. “The first time you go for things, you may not be as lucky and get it (the position). I know when I first went out for President, I ended up receiving a different position before finally becoming President the following year. People would probably assume I felt discouraged but in reality, it was the opposite! Situations like this fueled me to keep going,” Payne said. “Don’t be afraid to go out for things! You may get rejected but you just need to push through and recover from that.” With everything she accomplished within SGA and other organizations she’s a part of, she continues to leave her mark and pave the way for future WC presidents and students. 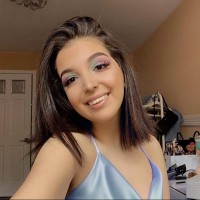 Senate vs. The House of Representative Elections: What’s the Difference?
Next Post: 10 Last Minute Halloween Costumes for Lazy College Students