You are here: Home / Campus life / A Red Hot Welcome to College Football

I wouldn’t call myself a big football fan. The sport doesn’t make any sense to me and I could never wrap my head around the hype and atmosphere. However, right before starting my freshman year at the University of Georgia, I convinced myself to embrace the tailgates and join in on the campus-wide party. So I did what every other freshman student seemed eager to do: buy season tickets for all the home games. It seemed like a decent idea, especially since the ticket package stayed around a measly fifty dollars. Little did I know, that living as a real football fan and attending the games isn’t just mascots and touchdowns.

My roommate and I made the mistake of shopping for our game day attire the day before. Of course, every girl and her mom (literally) were out looking through all the red clothing in all the boutiques downtown. So not only were the stores crowded, but you could count on seeing every other girl at the game wearing the same red dress. Trying to stand out and find an ensemble that would “pop” seemed improbable.

As the search in the sea of red continued, each store only had the tacky red and black chevron dresses left over. We aborted our mission to find cute dresses downtown and settled for shopping around at Target. I bought a simple red V-neck shirt as a last resort. I never envisioned that as my first college football game day attire, but I figured any red was better than no red.

The next day my roommate and I made sure to get to the stadium gates bright and early to get a decent spot in line. We took our typical football fan pictures and patiently waited for the gates to open. Over an hour later, we rushed to the gates as crowds came swarming in around us. The university didn’t provide official lines for the gates, so we tried to get in anywhere we could fit. It seemed almost impossible to make it through the gate without being mercilessly trampled by fellow classmates.

Once in the gates, we looked around with the other clueless freshmen to find the student section. Arriving at the gates over an hour early didn’t cut it, because the student section was full of screaming red students by the time we found it. Unaware of our surroundings, we were directed toward the upper level of the stadium where most of the sororities and fraternities sit. Crowds surrounded as we waited to reach an open section. Plowing through the crowd came an apparently inebriated frat guy who deliberately splashed his drink on all of those he passed.

The section my roommate and I ended up in became so cramped that we couldn’t make a single move without bumping elbows. We started to feel faint due to the heat, limited amount of space and disgusting body odor. I recall becoming so dizzy, we had to leave the stands and sit on the ground.

We left the game shortly after the second quarter began. I remember walking out of the stands and saying to my roommate how awful it was, and how much I had learned about game day at UGA. Most importantly, I learned that maybe the first home game of the season, a Georgia versus Clemson game at that, wasn’t the best time to decide to become a football fan. 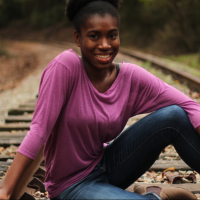