You are here: Home / Politics / A Message to Youth Voters

Personalized messages, knocking on doors and handing out flyers characterize methods of political campaigning that show how this communication has become more personalized and widespread in the past few years. Many people have friends who volunteer with campaigns or politicians. Many of us know political science students or teachers who talk about the importance of voting. Some of us grew up in households with politics as a normal conversation topic at the dinner table. However, politics stand in a divisive place in other households and are not even brought up. Regardless of background, a responsibility is bestowed upon every U.S citizen on his or her 18th birthday.

With 18 candles comes one of the most powerful and serious responsibilities, the ability to vote.

While the constant reminders to vote and to keep yourself politically aware may be bothersome, those admonitions have deep roots. Americans died over the right to vote. A century ago, women fought for female suffrage and gained the right to vote. Minorities have historically struggled with disenfranchisement. In many states, ex-felons who have otherwise “paid their debt” to society are denied the right to vote. Political decisions affect people living in the U.S. with non-citizen status who do not have a say in policy or their representatives. Not only should your vote represent your views, but it should also be conducted with respect for those who have not and do not have the right to vote while keeping your values in mind.

Political efficacy, understanding political events and the government’s ability to carry them forth, can start before a person turns 18 by reading about current events, maintaining familiarity with your political representatives or following the progress of causes or legislation you feel passionate about. Political education can start at any age, whether or not you were raised with politics as an important part of your life.

Many of my peers said that they don’t vote because they feel uneducated on ballot items and politicians’ agendas.

According to an NPR story on why such a large percentage of Americans don’t vote, this portrays a common stance. Voters do not realize the power they have with the decisions they can make and the weight their votes carry. Many people in the younger generation squander their civic duty by not going to the polls. Data from the Center for Information and Research on Civic Learning and Engagement shows in 2014, 21 percent of voters aged 18 to 29 voted. In the 2018 midterm, the number of young voters grew to 31 percent. While more voters in this age range used their voice, this embodies a minority of the total youth population and the 31 percent likely does not represent all young Americans. Statistics show that racial and ethnic minorities tend to vote less than the majority, so their views may not align with those of the 31 percent who voted.

Another important factor to keep in mind is that the youth population votes for their future.

Much legislation concerns Americans in the long run, meaning that laws will be implemented and effects will be seen when the population ages 18 to 29 grows throughout adulthood. While it is great that older and senior populations consistently have high voter turnout, the votes of young people should have a stronger say in the course of the future, to ensure that votes are representative of what the highest proportion of Americans want.

To the people who think they don’t have the knowledge to vote, start reading about politics from reliable sources or listen to podcasts such as The Daily by The New York Times, a 20-minute, daily podcast on newsworthy stories that impact the world. The topics range from political to social and economic, and they all strive to educate listeners on an area that the hosts find significant. Similarly, NPR hosts Up First, a podcast published every morning that summarizes the top news of the day in about 10 minutes. People can also subscribe to receive emails and phone notifications from news organizations on a regular basis with headlines of the top stories and current events.

To the people who don’t think their voice matters, find causes that you think the government critically needs to address, and find politicians who support legislation that strongly aligns with your stance. Your voice matters and you can champion it through many ways, including voting.

And to all people who have the ability to vote, do it for those who can’t, and do it for a future in which you look forward to living. 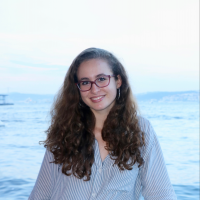 10 Reasons We All Feel 90’s Nostalgia
Next Post: 10 Ways to Get Involved at Indiana University