You are here: Home / Life / What is EDM to College Students?

I hear it blaring through people’s headphones at the gym, blasting from neighboring dorm rooms at any given time of the day and bumping on my car radio. EDM is ubiquitous, and, to be sure, controversial. For some it’s about love and fun, to others it’s a social movement and a way of life and to many more it’s destructive and irresponsible. The only thing certain about it is that we all have an opinion.

Andy Spedick, an EDM producer from The College of New Jersey, believes EDM is the most dominant genre in popular music right now. “EDM is much bigger than just our generation. Its sudden rise in popularity is definitely a phenomenon and I don't think anyone predicted the magnitude to which it would expand. Most impressive are the young, talented artists who are creating the content you are hearing. The most popular song of the summer (Animals – Martin Garrix) was written by a 16 year old kid."

Evan Cheney from Stonehill College views EDM to be, “all about fun”, about partying. “It makes for better parties since it's such good dance music,” he says. “Some people take advantage of it by doing drugs like molly to enhance it, but overall, it has changed the party scene as we know it.”

Boston College student Nuria Boj posits that you do not have to enjoy going to raves to enjoy EDM. “I don't quite understand EDM's musical appeal. It is computerized and far from acoustic, yet I have always defended it. EDM sneaks into my every day one way or another, from an early morning shower to late night studying. For me, EDM stands isolated from the drug and rave culture with which it is often associated. Apart from climbing a gate to watch Calvin Harris work the crowd with ‘Feel So Close’ in Ibiza, I have never splurged on tickets to see famous DJs. Instead, EDM overpowers my shower, running, cooking and studying playlists. The beats I can hum without a trigger and the scattered lyrics help me focus.”

San Diego State University student Michelle Jackson talks about the EDM rave culture, often seen as a blight on EDM’s reputation. “To me, EDM is more than just a genre. There is a culture involved. At raves everyone is so friendly and able to express themselves without judgment. I see raves as an escape to another world where worries don't exist. As for the music, you just get lost in it. It lifts you up, makes you forget your worries, and you feel the love all around.”

Cassie Gala, student at University of Rhode Island, defends EDM against its frequent association with drug use. “Because of the recent deaths at certain EDM festivals, it is hard to separate the EDM culture from the association of drugs, especially molly. Many people only hear the bad side about the EDM culture, but I know that this scene has positively impacted so many lives, including my own. Although it is virtually impossible to remove the drugs and the drug image from this culture, it should be known that one doesn’t need drugs to listen to EDM or attend these types of events. Personally, the music is a drug for me.”

Cassie continues, “‘PLUR’ is the motto in the EDM culture – Peace, Love, Unity, and Respect. This basic code of conduct for EDM culture promotes a loving, unified environment in which everyone is welcome and no one is an outcast. After the first rave I ever went to, I was hooked. It is more than just a music scene; it becomes a family for many, including myself.”

Cassie met her boyfriend, Jake Morin from Nichols College, through EDM events. Jake says, “I found the EDM scene two years ago during a rough patch in my life. Three people I was close to had passed away, and depression was getting the best of me. It felt like a hideout; a place where I could escape my troubles. Everybody is so accepting, open-minded and respectful, and I was welcomed with open arms. EDM not only changed my life, it saved me.” Jake is now an EDM DJ, hoping to share what he found in electronic music with others. “I want to change people’s lives with my music, just like DJs changed my life.”

New England Institute of Technology student and EDM DJ Riley Bradway, who once opened for Zeds Dead, a popular Candian DJ duo, claims EDM to be the rock n' roll of our generation. “People are reacting to it in a similar way by either loving it or hating it. Within the next ten to twenty years, I think we’ll see EDM incorporated into our music culture much like rock music is such a big part of our music culture today. Electronic music is on the rise globally, and I really don't think anything's going to be able to stop it; this is nothing like disco. The popular EDM ‘fad’ will come and go, but the die-hard fans, listeners, musicians and DJs will live for a long, long time.” 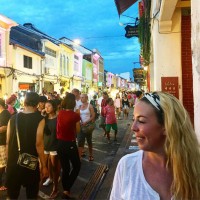