If you could play college football anywhere in the country, where would you go?

On the surface, this may seem like a pretty easy decision; who wouldn’t go to an LSU, an Alabama, or any of the other kings of the college football world? Look closer, however, and you’ll notice that most student-athletes will go pro in something other than sports. A creepy black and white video montage with a violin playing in the background might not tell you that there is, in fact (however surprisingly), a “student” component for most student-athletes.

With that in mind, let’s take a look at the top 10 player destinations for college football players:

The Badgers are pretty much like the Daniel Day Lewis of everything college; despite not being considered one of the all-time greats, they quietly do a great job at absolutely everything. In true Lewis form, Madison is consistently ranked a top party school, yet has also produced the fourth-most Fortune 500 CEOs in the country. The Badgers are also a proud (or not so proud) member of the Sushi 12, one of the most perplexing cultural phenomenon known to mankind. 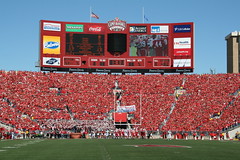 On the football side, the Badgers are coming off two consecutive Big Ten championships, which is no small feat in one of the nation’s toughest conferences. Wisconsin plays their home games at Camp Randall Stadium, an 80,000-person venue which also happens to be the fifth-oldest stadium in all of college football

At first glance, this may seem like a mistake. Sure, Vandy has a great academic tradition and a really weird basketball court, but football? The same team that has seemingly finished last in the SEC every year since Christina Aguilera released Genie In A Bottle?

If this past season is of any indication, the Commodores may become a force to be reckoned with in the coming years. In an autumn which featured some impressive beat-downs (Wake Forest, Kentucky) and some narrow losses against formidable powerhouses (Georgia, Florida, Arkansas), new head man James Franklin became the first coach in school history to lead the program to a bowl game in his inaugural season. 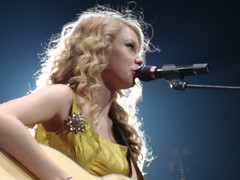 If the Commodores could build upon last year’s strides, Vandy can easily become one of the premier destinations for college football’s best and brightest. Besides, where else could you play football and also hang out with Taylor Swift?

Two decades ago, the Irish would likely have topped this list. Times change, but tradition lasts forever.*

The Irish have struggled mightily over the past two decades, having consistently fallen short of their “we should win a national title every single year” expectations. However, the Irish and their national TV contract have consistently remained one of the most storied kingdoms of the college football fantasyland, and don’t appear to be going anywhere anytime soon. 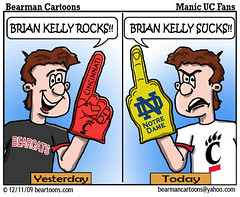 *If Notre Dame ever makes this a T-shirt, I am claiming copyright.

The history of the “U” is kind of like the career arc of Eminem. Both rose up from relative obscurity to make it big, then were absolutely huge and then fell back down to earth amidst a myriad of troubles. The only difference is that while Eminem is using his maturity to produce some his best work, The U, after a few monster seasons in the early 2000s, have fallen back into a period of mediocrity.

Despite their recent spell of relatively unmemorable football, Miami has all the tools to rise back to the top. The school and the surrounding area is pretty much a mix between a Flo Rida music video and "I’m On A Boat," while also boasting a pretty impressive academic track record.

The Buckeyes probably should be ranked a little bit higher with the addition of coaching superstar Urban Meyer, but then again, he will likely take over the Denver Broncos by the end of the year. 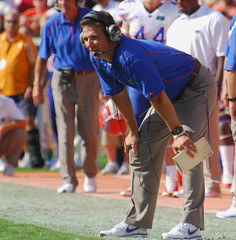 I mean he won’t, but he definitely will.

Even without current Ohio State coach/future Denver savior Meyer, Gainesville remains a dream school for any aspiring student-athlete. There is no question that the Gators hashtagged the 2000s better than Charlie Sheen, racking up four BCS Bowl wins and two national championships.

Ben Hill Griffin Stadium, the Gators' stomping grounds, is both annoyingly loud and even more annoyingly orange. Florida is widely considered one of the nation’s better state schools, and the Gator chomp is undoubtedly one of the coolest things to ever happen to college football.

The Wolverines play in the biggest stadium in the country, have really sick pregames and are named after an X-Men character played by Hugh Jackman. What’s not to like?

There are two things holding back Michigan from the top spot on this list. One, they play in Ann Arbor, and Ann Arbor sometimes gets too cold for Brett Favre to throw footballs in Wrangler jeans without a jacket on. Two, if you talk to anyone who goes to Michigan, they will try as hard as they can to convince you how much better they are than Ohio State. This obviously means that they have some sort of strange little brother complex and are not better than Ohio State. 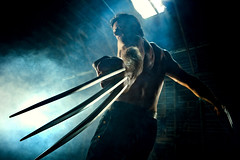 However, if we’re not here to talk about the past, there’s no doubting the Wolverines had the better year, which ended in a long-awaited BCS victory. New coach Brady Hoke seems to have a rejuvenated Michigan program on the right track, as the Wolverines currently have the nation’s fourth-best recruiting class, according to Rivals.com.

Stanford is the girl next door of college football teams. Given their nerdy reputation, it’s safe to say many a recruit wouldn’t give them a second look. But if one just so happens to take that aforementioned second look, they’ll find that the Cardinal is actually a straight-up bombshell.

You know a school must be good when your multi-million, future best quarterback of all time forgoes becoming the first pick of the NFL Draft to return for another year. The Cardinal, with the aid of Heisman Trophy runner-up Andrew Luck, have surprisingly emerged as on of the nation’s premier football programs, finishing in the top five the past two seasons.

Stanford parties may be a bit heavy on Faulkner,* but if that girl who Justin Timberlake slept with in the Social Network is any indication of the school’s student body, every college football recruit will probably know every single line in The Sound And The Fury by tomorrow. 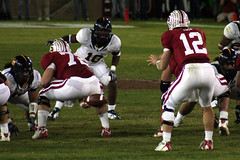 Basically, if you want to go play football and then go make millions working for a cool start-up, you should go to Stanford.

*There is this scene in Orange County where Colin Hanks asks a Stanford student about Faulkner. The fact that YouTube doesn’t have this is an travesty for obscure reference-makers everywhere.

After the mighty Trojans went and got their throat slit by the NCAA, the ever-polarizing Lane Kiffin managed to build some strong momentum during his first two seasons in Los Angeles. With USC’s two-year ban now over, expect the Trojans to return to national dominance sooner rather than later.

USC offers most everything any student-athlete could ever want. A 20-minute drive west leads a recruit to Southern California’s finest beaches, and a five-minute drive up Figueroa corridor brings one to a revitalized Downtown L.A., where a brand spanking new NFL stadium is set to break ground. The addition of a pro team in the area could only boost the presence of football (and parties) in the area. 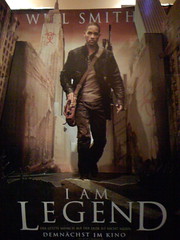 As for its commitment to excellence, USC has produced more NFL quarterbacks in the past decade than Will Smith has starred in movies about aliens and/or the world ending. Matt Barkley, the school’s latest stud quarterback and community service Superman, has decided to return to the Coliseum for another year. His commitment to “finish what he started” in a speech that strongly resembles that of an esteemed world leader reflects not only his undying passion for Trojan football, but also sets the stage for the USC to end the SEC’s gazillion-year stranglehold on the National Championship.

1. University of Texas at Austin

As a state, Texas is the playboy mansion of football. As a school, UT is Hugh Hefner.

The Longhorns simply have it all; four national titles, 32 conference titles, one of the best coaches in college football history and even their own TV network. Texas Memorial Stadium, which seats over 100,000, is the largest football-only venue in Texas. For those who don’t go all-universe and end up in the NFL, there are worse things in the world than a degree from UT.

According to the always-reliable UrbanDictionary.com, Austin Texas isn’t justarbitrarily the coolest city in Texas, but it is also possibly the most hipster city in the entire world.The fact that a single city can pull both of these things off is simply unprecedented.

Fancy Pants
Next Post: Jetting into the Clouds: Playlist