Since I am opposed to this recent string of baseball discrimination occurring in the articles of College Magazine, I dare haters to watch Alex Avila’s walk off homerun against the Red Sox to cap the sweep for the Tigers. Baseball has no excitement?

I dare you to watch the back-and-forth between the Indians and Blue Jays on Opening Day. Blame yourself if your attention span can’t last longer than two minutes without players hitting each other every 10 seconds.

For those of you that do appreciate the greatness encapsulated in the baseball world, you were in for a treat on the Opening Weekend for every team not named the Mariners and Athletics. It may have just been three games, but since we have no choice due to our instincts, we must consider what happened in three games and relate them to the next 159.

Reaction #1: Detroit is as good as Advertised

According to preseason projections, Detroit is not just a lock for the playoffs but destined to host the World Series. While I might not go that far, their opening series sweep against the hung-over (in more ways than one…) Boston Red Sox shed light as to how strong their team is, top to bottom.

The Tigers averaged almost nine runs over the course of three games, Justin Verlander and Duane Below (beats me, too) delivered strong outings and Prince Fielder debuted his trot around the bases multiple times. After just one series, I find it improbable that the Indians, White Sox, Royals or Twins will be able to keep up with the reigning AL Central Champions.

In both the AL East and the NL East, the talk is both the same. Four whole teams could contend in both divisions this year! Well, in both divisions, that lone team in each that was shunned from any consideration stands at the top – the Baltimore Orioles and the New York Mets. 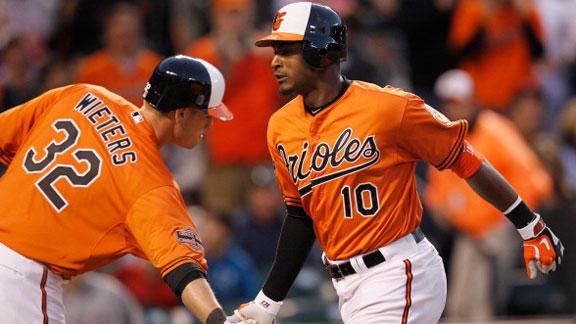 Never mind the strong possibility both can easily fade into oblivion just as quickly, the O’s and Mets showed they have the ability to compete . The Orioles, fresh off of losing to a community college team, swept the Twins in convincing fashion. Minnesota, who was unable to score more than two runs in any of the matchups, is obviously no longer the class of the AL Central. But when both the Yankees and Red Sox are grounded at 0-3, you’ve got to give your props to the O’s.

Meanwhile, in Queens, the Mets, sans Jose Reyes, swept the Braves with strong showings from the likes of Johan Santana, who seemed to rise from the dead fittingly on Easter Weekend, R.A. Dickey and Jon Niese, who stretched a no-hitter into the 7th inning. And suddenly, the Mets have power with the shortened fences. David Wright, leading the Majors in average, had a homerun, while teammate Lucas Duda had two in the same game. Even though their performance might change, the rest of the NL East should be warned – there are no pushovers in this division .

Reaction #3: Are the Marlins overrated? 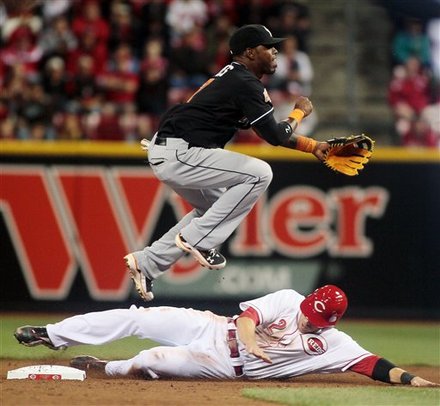 With the acquisition of Jose Reyes, Mark Buerhle and Heath Bell in the offseason, the Marlins were definitely the team that made the biggest splash (pun intended). With the Phillies aging, many looked for the up and coming team in the division to take over. With all respect to the Nationals, many looked to Miami’s new players, stadium and overall new look. But they should hold their horses – they may be a new-look team, but they still finished in last place last year, and may still have a long way to go . With a 1-3 record at the end of Opening Weekend, we have seen their home opener in Marlins Park spoiled by the World Series champion Cardinals, their new closer blow a save and the entire team brought down a notch before they take on the Phillies in Citizens Bank Park.

Previous Post:Social Media: The World Is Watching
Next Post:Easy Accessorizing