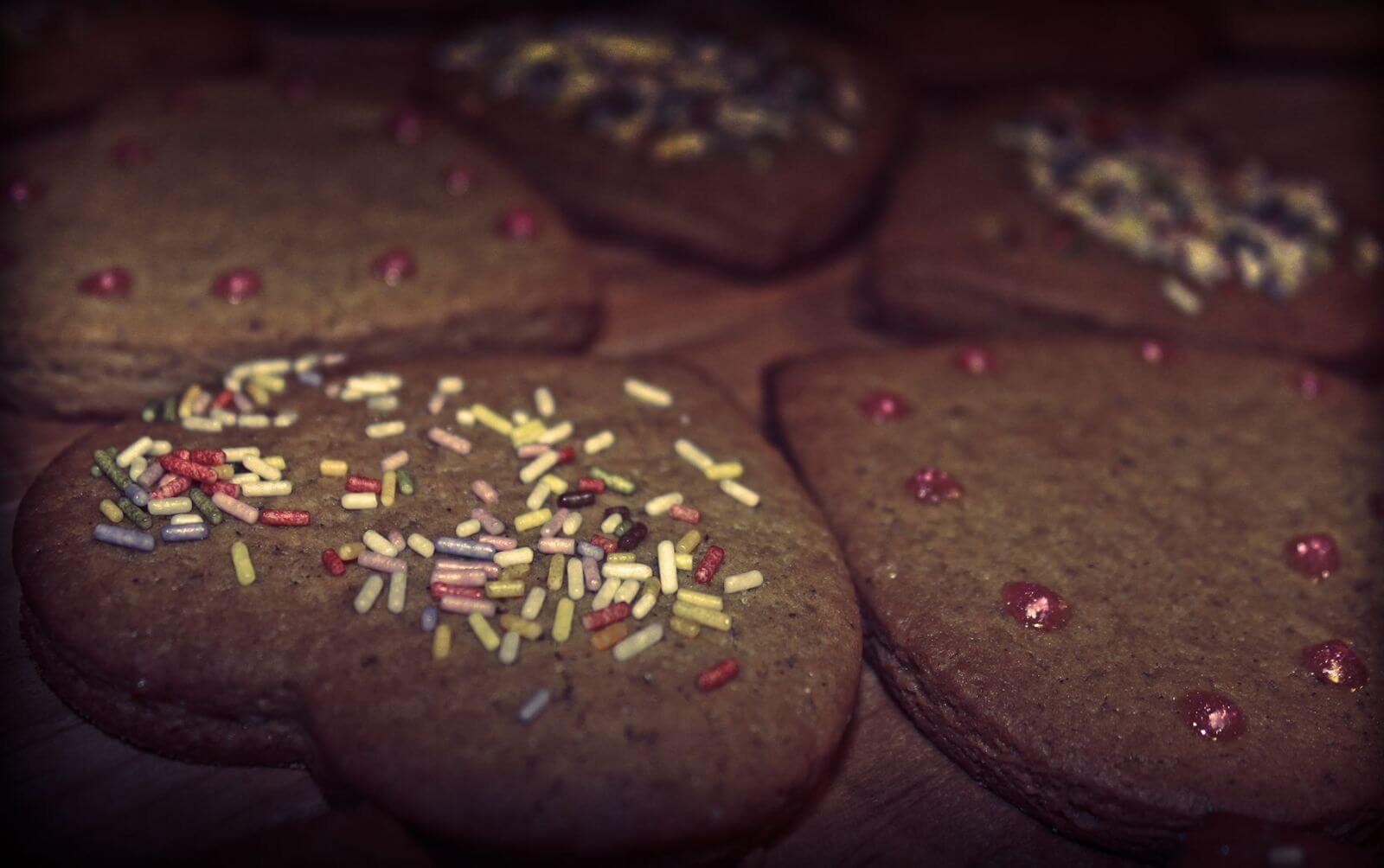 Most people imagine flowers, chocolates and romantic dates when Valentine’s Day comes to mind… not crawling to work at four in the morning.

February 14th started like any normal day. Little did I know that the day would end with food poisoning and a concussion. Forget roses, all I wanted for Valentine’s Day was to stand up without falling over.

I’ve never been much of a romantic. The idea of sentiment doesn’t appeal to me, and I’ve always thought that a plant that eventually dies is a terrible symbol of love. My then-boyfriend shared the same notions toward romance as I do, and that’s how we ended up eating in the dining commons on (supposedly) the most romantic day of the year.

I don’t remember what we talked about or what corny decorations were on the walls, but I’ll never forget what I ate: zucchini, fettuccine alfredo and a heart-shaped cookie.  I remember because I don’t often see my food more than once.

Back at my boyfriend’s apartment, we started watching the The Big Lebowski. I started to feel queasy sometime during the scene with the nihilist fight in the bowling alley parking lot. The fight onscreen just didn’t compare to the internal battle between my esophagus and my digested food’s desire to be free.

Before I knew what hit me, I ran over to the sink and started heaving, and out came a rainbow of assorted shapes and colors. The only thing I could think at the time was, “I’m pretty sure I didn’t eat any pineapple or blueberries but it sure looks like I did.” And then the dizziness set in.

Though my boyfriend tried in vain to comfort me, we couldn’t manage to stop the vomiting until everything — and I mean everything — came up. It was so excruciating that I probably could have puked up a kidney if it were at all physically possible. The acid from my vomit started to burn my throat. I couldn’t wait for the torture to end.

We managed to return to my dorm after all the contents of my stomach were emptied into his sink. I fell asleep immediately, exhausted from my misadventure and knowing that I had to be at work at four in the morning.

Turning off my alarm, I made my way to the bathroom, feeling much better than a few hours earlier. All of a sudden I woke up in the bathroom stall. Looking at my surroundings, I was confused; sleeping on the bathroom floor isn’t exactly a habit of mine. I soon realized I had passed out in the dorm bathroom, my body precariously close to the toilet. My head felt heavy and I couldn’t seem to stand up or walk.

I crawled back to my room, luckily only right across the hall, and woke up my boyfriend. At the time it seemed imperative that I make it to work, since I had already missed two shifts that semester. Working at the campus commons desk, I once again realized my luck because I lived in the only dorm with the commons desk right in the building.

I started army crawling out the door with only one mission in mind: to get to work downstairs. In my mind I was a renegade, taking a hit and suffering for the cause, when in reality I was a concussed teenager crawling to the elevator with her boyfriend chasing after her.

Somehow the person I relieved from a midnight to four shift didn’t seem to notice the way I wavered back and forth, or the fact that I had brought someone to work with me. My headache worsened and as much as I wanted to call my manager, I couldn’t seem to see the numbers on the phone with the haze of my concussion clouding my vision.

My boyfriend ended up calling my manager, who offered to drive me to the hospital. But we (meaning my boyfriend, the only person in the room who could think straight) determined the concussion wasn’t serious enough to warrant that. As soon as I left my shift, I rushed to the bathroom and threw up the only thing left in my stomach: some water I drank to prevent dehydration. It was certainly a Valentine’s Day I would never forget.

In the end, my boyfriend saved the day. He called my manager, helped me to work and checked the severity of my concussion. There was some romance to the day after all. He ended up being my knight in shining armor–that is, the knight who saved the princess who couldn’t stop puking to say thank you.

Feeling nauseous from dining hall food? Give CampusMD a call right from your room without having to crawl to the doctor…even if it’s four in the morning. They’ll provide a doctor’s note so you don’t have to endure work with a concussion, or just diagnose your illness and prescribe medications. Students get 50% off with promocode: collmag99.

Previous Post:From a Junk Drawer to a Dorm Near You: 25 Things Youâ€™ll Forget to Bring to College
Next Post:My Finals Week From Hell