Foreign Policy: It’s Not Just For the Government Anymore

More than 13,000 pro-Israel activists gathered at the Washington Convention Center for the American Israel Public Affairs Committee’s annual policy conference earlier this month. But the most important people at the conference might just have been the 2,000 student delegates attending the event.

The theme of this year’s policy conference was “Shaping Tomorrow Together,” highlighting the ways Americans and Israelis are working together to build a prosperous future in all spheres.

There were more student delegates at this year’s conference than any other event in AIPAC history. Students came from 449 campuses around the nation, reflecting the growing influence of undergraduate students in shaping foreign policy.

More than half of the Senate, a third of the House of Representatives and countless Israeli and American policy makers also attended the conference.

“When you are sitting in a room with more than half of the members of Congress there with you, it's unbelievable to be able to experience that,” said Liel Azoolin, a campus liaison for AIPAC and president of George Washington University’s “Acting Politically for Israel.”

But this year, students ended up being the highlight of the trip—Vice President Joe Biden even stopped mid-speech to give a shout out to the student delegates at the conference. 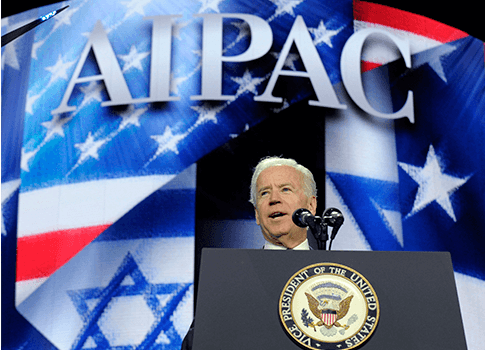 Amongst the young crowd were 242 council members representing all 50 states known collectively as the Geller Student Government Association Presidents.

Outstanding student activists were celebrated at the annual awards dinner. The event’s top honor, the Duke Rudman Leadership Award went out to University of Southern California’s “Trojans for Israel,” a political organization that advocates for the U.S.-Israel relationship.

“It’s amazing and humbling to accept the 2013 Duke Rudman Annual Leadership Award,” said Sarah Sax, the president of Trojans for Israel. “Advocacy is not a one-time thing; it’s a process that needs constant attention and adjustment.”

Sax believes that students have the ability to inspire adults to become more proactive. “The students who attended the policy conference are doing a lot more for the U.S.-Israel relationship than many of the adults who made it to D.C., and it reminds them that they can make an impact,” Sax said.

Under the leadership of Sax, Trojans for Israel accomplished a variety of things including two leadership statements, three lobbying appointments and volunteering more than 1,000 hours for a pro-Israel political candidate.

“Students were a huge part of the 2013 policy conference,” said Sean Lynch, a junior majoring in business at GW. “Students were mentioned in every plenary session, and it was great to see AIPAC welcome all of us with wide open arms.”

Photos from aipac.org and freebeacon.com