You are here: Home / Life / Health / Hooking Up / Exercise, or Sexercise?

Whether you’re looking to beat the freshman 15 or an alternative to that overcrowded gym, consider turning up the heat to burn the calories with sex.

Sex does the body good in a number of ways, especially considering it’s the end of the semester and we need to not only relieve stress, but get our beach bodies ready for the summer, too.

Personal trainer and nutrition consultant Toni Webb said the benefits of sexercise include a good night’s sleep, increased energy, lower cholesterol, improved blood flow and even an overall better and longer life.  “Much like exercise, sex releases endorphins that are your way to a natural high because they have the strongest affect on your brain,” she said. “Sex is ideal for burning calories, relaxing and, of course, being intimate with your partner.”

According to Webb, a night of passion can easily turn into a night of a real workout by increasing two things: intensity and frequency.  A half hour in the bed can be almost 200 calories worked off—the equivalent calories burned on an elliptical—depending on the person’s weight, general fitness and the type of activities done.

University of Florida sophomore Adam Kensley says that he’s up for more time in the bedroom and less time at the gym. “I realize that I won’t be getting the same workout I would if I opted for time in the weight room or time or on the track, but I don’t mind,” he said.

Webb suggested trying out a variety of positions and choosing what works best for you and your partner: “I suggest that a couple doesn’t fall into a boring routine whether it’s ‘real’ exercise or not. It’ll only make sticking to your fitness regime harder to do,” she said.

If you’re just starting out, Webb recommended trying out the standard missionary position which is “an optimal position for men to strengthen core muscles while on top.” She said that it’s important to use your pelvic muscles as opposed to your back.

For the ladies, Webb suggests the doggy position. “Instead of supporting your weight on all fours, hold yourself with your arms against the headboard or a wall … your triceps will certainly feel the burn and you’ll thank me at the end of the summer.

Kensley added that he’s positive no matter how much he tries, he probably won’t be able to convince his girlfriend to replace her gym time with sex. “Nothing can replace the gym,” he said. 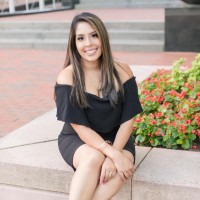