You are here: Home / Music / 7 Summer Albums to Take Your Playlists to the Next Level

Turn up your radios! Stream your Spotify! This summer rocks! Don’t miss out on any of the amazing new albums that are dropping. From a third of the emo trinity Panic! at the Disco to newer forces on the music scene like Ariana Grande and 5 Seconds of Summer, the hottest months of the year heat up with the best beats. Get ready for fire jam sessions and wicked concerts to rock every moment of your vacation.

These 7 summer albums beg to make it on your next road trip and beach playlists.

With their new album Youngblood premiering at #1 on the Billboard Top Charts, 5 Seconds of Summer proves love from their fans has not dwindled in the slightest since their last album release two years ago. “As a fan of this band for six years, it’s incredible to see how much their sound as evolved and matured. Youngblood is an album that displays not only all the changes they’ve been through, but also brings a new sound and era to a band that started as teenagers and are now grown men,” Vanderbilt University senior Meagan Berneaud said.

Spend every last cent of your next paycheck on this album. I personally bought the CD and concert tickets for their next tour, and I haven’t bought a concert ticket since High School Musical went on the road. “5SOS gave their all for Youngblood. They worked so hard for two years, not just to make hits but to create a rhythm section people can pay attention to, lyrics everyone can add their own meaning to,” Adam Mickiewicz University first year Pat Nowak said. “Listening to 5 Seconds of Summer has encouraged me to learn English and has connected me to so many amazing people.” I have listened to “Valentine” (Track 4!) about two million times since the release and turn up the radio any time “Youngblood” comes on. I have a four-hour daily commute where I listen to the album on repeat and I still jam every time.

2. Beyoncé and Jay-Z’s Everything is Love

Beyoncé did it again, you guys. She dropped a bomb album and you have to listen to it. You may not hear it on the radio, considering some of their songs titles are profane. “As a long time Beyoncé fan I was shook when Queen B dropped her latest album with her also talented husband Jay-Z. Though it’s quite different from her own masterpiece Lemonade, it bares some of the same vulnerability, this time including Jay’s perspective. The best songs are ‘Summer,’ ‘Lovehappy’ and ‘Apeshit.’ They are a power couple,” Ithaca College senior Briana Owens said. They rented out the Louvre for their “Apeshit” video. Let me remind you that the Louvre happens to house the Mona Lisa. You have to listen to an album that included renting the Louvre.

The Queen’s Queen. Scheduled for release August 10, Queen already looks like one of summer’s top albums. The music video for “Bed” just dropped, full of mermaids, beaches and Ariana Grande, and Nicki lets everyone know her album deserves to be anticipated. “Nicki is a well-rounded person: she can sing, rap, model, dance and she helps people. When I listen to her, I get this feeling that I can do anything. I expect Queen to reinvent the music world, I’m looking forward to female empowerment and just to jam out while listening,” Art Gymnasium of Lithuania student Khen Cawlin said. Nicki exudes power and confidence. Her songs have a way of pumping through your entire body. You have to listen.

Shawn Mendes has been all over the radio stations I listen to, my social media feeds, everywhere. His fans rave about him and his music and Shawn worked hard to earn every last positive word. “The emotional depth a lot of the songs reach is really refreshing, especially with ‘In My Blood,’ which really took me by surprise, not only because of the vulnerability but also because I didn’t expect to relate to him so much. the versatility on Shawn Mendes compared to his previous albums is incredible, every song is a surprise as you go through the track list,” London College of Fashion first year Léa Detroy said.

Shawn has blessed the earth with his beautiful voice for nineteen years now, making him only the age of the average college student, yet his music can be seen at the top of the charts. “Watching Shawn develop from a 15-year-old kid with a passion for music to one of today’s most influential people has been an amazing journey. The making of the album which involved fans every step of the way. Shawn took a very personal approach to the album is one of the many reasons I feel like so many people, including me, connect to it in a very special way,” Pennsylvania local Ayden Lincoln said. I find myself jamming out every time his songs come on the radio. His talent blows me away, especially knowing how much of a baby he is. Add his songs to your Spotify playlists immediately.

5. Florence and the Machine’s High as Hope

Do you want an album to listen to on summer nights? When you stand on dark beaches listening to waves crash? Or sitting in a field illuminated by stars and fireflies? Blasting the radio on road trips with friends? Dwelling on life as it plays through your earbuds as a concert just for you? High as Hope can provide the soundtrack for any of these summer nights. “I can always count on Florence and the Machine for music that is new, raw and emotional and this latest album is a listen to for the summer! I love the song ‘Hunger’ but honestly every song is fantastic,” Ithaca College senior Taryn Falkenstein said. Florence & the Machine delivered an album laced with both vulnerability and power in every song. Stream the album, add it to every playlist and prepare for a whirlwind of emotions.

With her iconic ponytail and strong vocals, Ariana Grande’s upcoming album Sweetener looks to drop as one of the best albums of the summer. “I like her because her vocal skills are amazing. Some would say she’s the best vocalist of our generation. Also, her songs are really catchy,” North Virginia Community College sophomore Marlon Walker said. Ariana just partnered with Nicki Minaj and released the magic mermaid-filled “Bed” video. With her shiny-new engagement ring and an album full of bops, Ariana can’t complain about her summer.

7. Panic! At the Disco’s Pray for the Wicked

With the recent news of lead singer Brendon Urie coming out as pansexual and the tour selling out, Panic! at the Disco has gotten a lot of hype. Most exciting though, Panic’s new album Pray for the Wicked absolutely bops. “Panic! always manages to surprise me musically. No two albums sound the same. Seeing Brendon’s potential and what he can do as the only creator in the band means so much to me. From start to finish, Pray for the Wicked is full of bops and most of the songs are party, feel good songs of the summer,” Stony Brook University junior Raquel DiGi said. Brendon Urie spent some time on Broadway as a lead in Kinky Boots and his stronger vocals reign throughout this new album. Strap on your dancing boots and fire up these jams. 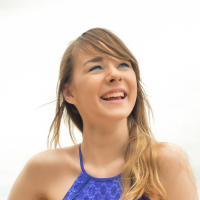 How to Go Green on Your Campus
Next Post: 10 Summer Songs to Turn Up When the Temperature Goes Up