It’s the age-old question. Which of Pennsylvania’s universities is the right choice for you? The Pitt-Penn State rivalry divides Pennsylvanians into an argument more deeply rooted than the Sheetz versus Wawa debate.

Let the Hunger Games begin! Check out five  reasons why Penn State would come out on top in the arena.

How would those living in District 12 have made it through without the Peeta’s family’s luxurious homemade bread? Well, Penn State has their very own Mellark family of sorts — The Berkey Creamery. Sure, you can get ice cream at any college, but the homemade, melt-in-your-mouth yumminess found at the Creamery sets Penn State apart from any other school. Have fun enjoying basic brand names at Pitt.

Effie Trinket and Haymitch Abernathy are there for Peeta and Katniss every step of the way, as is Penn State’s mascot, the Nittany Lion. You’ll find him at sporting events, around campus and even dancing in THON, Penn State’s annual dance marathon. If you can think it, the Nittany Lion will be there, dancing, cheering and supporting his peers. Can the Pitt Panther stand for 46 hours? My guess is no.

Just like Katniss’s crowd-stopping three finger hand gesture, Penn State fans have their own trademark gesture. No matter where you are — whether it’s a football game, walking to class, in Disney World or the other side of the world — yell “We Are!” and you know at least one person will yell “Penn State!” back.

The Hunger Games tributes aren’t the only ones riding in style. Take a ride around on the Blue Loop, White Loop or one of the Links for a day and you will feel like you are getting the royal treatment — not to mention they’re free. On the weekends the buses are full of happy students chanting school spirit. And you thought the opening ceremony chariot rides were impressive.

Remember how President Snow makes sure Katniss’ life is a living hell during her second Hunger Games? Did that slow her down? Heck no. Penn State refused to be broken after a sex scandal derailed the football association and led to crippling sanctions. The university stuck together and kept morale high. When the bans got lifted, thousands of students created their own “white out” on Old Main Lawn, eventually running up to Beaver Stadium, then all the way to downtown Beaver Avenue. The football team went on to win the Pinstripe Bowl the same year. You don’t find spirit like that at Pitt.

So if you decide that Pitt may be a better choice for you than Penn State, “May the odds be ever in your favor.” 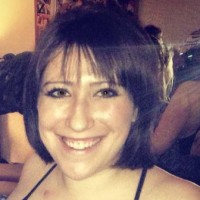 Marley is a junior studying Film and English at Penn State University. She is an avid watcher of Netflix documentaries and addicted to reading “shower thoughts” on Reddit.

So You Think You Can Survive Long Distance?
Next Post: That Awkward Moment When You Decide to Trust Yourself