For those of us who lack the privilege to rent our own apartments off-campus, having to share a room with someone else can be a curse. Your roommate might have the life of a total slob, always sitting in the middle of a huge mess mashing buttons while shouting at the top of his lungs in front of a PlayStation. If you’ve ever felt annoyed by your roommate, or if he’s a nice person but you just want to grab his attention and crack a few laughs, you’ve come to the right article. Some are harmless and even educational, others are just mean, so mean in fact it could send him exploding right in your face. You have been warned.

Below are 20 pranks you can pull on your roommate.

11 pranks for roommates you hate:

College students today can be brilliant artists. One of them created an exhibit of his roommate’s social media life and it’s on wheels. “I liked the look on the guy’s face,” said Will, a senior at Virginia’s College of William & Mary who declines to provide his last name for fear of reprisal, “that’s why I wanted everyone to see it.” Not much is known about this mysterious roommate. Yet, having old pictures of him printed off of Facebook and plastered all over his car says all you need to know about his relationship with Will.

Tired of the smell and sight of a wasted roommate? Get rid of him by putting him in the hallway. Feel free to throw a pillow and blanket to Sleeping Beauty before you lock up for the night. Depending on how much they terrorized your night though, a quick push and soft landing outside your door would suffice. That’ll teach him when everyone can see him wake up the next morning. Put a Halloween mask on him for extra amusement. Just don’t forget to cut holes so he doesn’t suffocate.

Sometimes it takes a lot of strength to crack open a delicate shell–especially when that shell is your laptop. How do you think your roommate would react after discovering a bit of your gorilla glue made its way to the screen and keyboard of their electronic lifeline? “I ran out in the middle of class and went back [to
my dorm room] to grab my toolbox,” said University of Michigan junior Roger Yang. “Then I thought slicing off the glue with a box cutter might damage something.” Off to the repair shop he flew. After a grueling three days, Yang felt relieved the guy at the desk told him no glue had gone into the laptop. Pro tip: don’t try this when a roommate has an assignment due the next day.

Pour vinegar into his morning cup of joe. When he comes after you about the taste, just tell him at least you’re not trying to “spice” up his life. Seriously, let’s not pretend his mouth is a barbecue grill so chili pepper or anything too spicy and exotic is not recommended for this prank as if the coffee isn’t hot enough. I bet you’d want to see him scrambling for the tap so he could give his tongue a shower.

Tickling someone’s feet with a feather while he’s asleep is sure to make even the most reserved persons giggle unconsciously and blurt out cuss words. But the victims quickly catch on to your tactics. I myself only pulled it once on my roommate before he started wearing socks to bed.

Videos like this tell us people dig seeing gamers that are loud and annoying. If that’s your roommate, hide a go-pro in the room and live stream him screaming into his microphone. I’m sure he will be grateful when he finds out he’s on a one-way express to becoming the next meme of the century.

Enough with that age-old trick of putting buckets of water atop the door. Your victim can still go on with his day by changing into a new set of clothes. This prank puts the breaks on his life, trapping him in his room as you tie his doorknob to the one across the hallway so anyone inside couldn’t open the door by pulling back. “I got it from this YouTube video,” said William & Mary freshman Rainers Hermanovskis, “and I get up earlier for class [than my roommate does] so I was already outside by the time he got up.” Since you’re out of sight, chances are your roommate won’t even know it’s you. But is it worth incurring the wrath of not one but two persons, as the stranger on the other side of the hall would also be stuck?

Hide his homework, photocopy them, shred them, fling the pieces in his face and watch him sob. Before you give him back the original, ask him how many hours he’s put into working on that paper or lab report so it hurts more. As they walk out of the door to head to their class with shreds in hand, pull the original paper from its hiding place with a casual, “Hey, don’t forget your homework.” Works best on those who care a bit too much about their academics.

More than a few college students would very much prefer to swim in beer–including your roommate. Now’s the time to put their love to the test. “Just look at all the fake IDs used in bars and liquor stores,” said University of Illinois sophomore Ethan Prado. “College people sure love to get their hands on beer.” Wrapping the doorknob in beer-soaked toilet paper will test how much truth there is in that statement when he turns the bathroom inside out for a piece of soap after yanking off that soggy mess and tossing it into the toilet.

Here’s how you know how much your professional beer pong champion of a roommate truly “digs” beer. Buy ping-pong balls, soak them in beer, dump them in the toilet bowl like a sack of potatoes and watch him dig them out. Each attempt at this prank adds quite a few bucks to your next shopping budget but it’s well worth the extra cost. At least this plumber won’t be drinking all that beer.

Has your roommate ever told you he wanted to try out those treasure hunts he saw on TV? Tie the wheels of his bike together with a locked chain and leave little notes with riddles all around the room so he might find a key. This could take minutes or hours depending on how dedicated you were when crafting the hunt. And who said you need to stop at the boundaries of your dorm’s four walls? Expand the treasure hunt to include clues throughout the entire building. Unless he’s really smart, he’ll just have to call an Uber to make it to class.

Shooting someone with a nerf gun is probably the most harmless of pranks. My roommate said it was like a massage at point-blank range. I knew he was lying when one of those ping-pong sized rival balls made a dent on the wall.

Some roommates can be way too lazy and care-free. If he’s so unfazed by a major exam that he doesn’t even bother sharpening his pencils, it’s your duty as a caring roommate to create a teaching moment. Break all their pencil tips and watch him attempt to sharpen them one by one. A valuable life lesson for roommates who always forget to do so. Make sure to also confiscate his electric pencil sharpener and just leave him with the small ones.

Here’s how to punish a roommate who has an unhealthy appetite for snacks and never thinks twice should you offer him some. Hand him a Pringles can filled with paper. “I’d know there’s something wrong when I grab it; the weight won’t be right,” said William & Mary exchange student Noel De Vos. It never hurts to crack the lid and see what’s inside, though. It could be the latest flavor.

A smart prankster places the blame on his victim. To be that person, set your roommate’s alarm clock to 4 a.m. and tell him he forgot to double-check the time he set when both of you wake up. He’ll be clawing through layers of blankets just to get to his buzzing phone, all the while reeling from his own negligence. Yet another important life lesson for people who never double-check. Unfortunately, this trick doesn’t really work if your roommate goes to bed at 4 a.m. every day.

If your roommate says he loves apple pie but is just too busy to make one, today’s the day to make their dreams come true in the form of a prank. Mix some water with brown sugar and inject it via a needle into his breakfast apple. Be sure to stab into the apple from the top so your mixture doesn’t seep out and mess up his desk. Now his apple just got a bit more juice in it, though he’s still gonna be mad if it gets all over his suit minutes ahead of a job interview.

Remember that scene from Pixar’s WALL-E in which WALL-E starts chasing a red dot which turned out to be from a space rocket? I’m pretty sure your roommate will start doing the same once you aim a laser pointer at him long enough. If you see a baseball bat swung your way, then he’s not as friendly as you thought.

This one is for guys who don’t drink but pretend to do so by sipping ginger ale. It has the same color as beer, after all. Quietly swap his glass of Canada Dry with beer while he’s talking to his girlfriend. He’ll surely notice the change in taste, but at that point the damage has been done. Will he immediately spit the drink into the air like Shamu? Most likely he’ll stomach what he can before making the switch back to the Canada Dry. All you have to do is sit back and watch him crumble into a ruddy, stuttering mess.

It’s always a pleasure to see how a person reacts when something blows up in their face. All that pent-up energy now translates into a messy hairdo and a face twisted into a knot.  What if something comes out and gets all over him? The best way to find out is to sneak up behind your unsuspecting roommate and pop a balloon in his face. “When I did it I thought of filling it [the balloon] up with water or something but nah,” Prado said. “That was in December.” Pulling the trick in cold weather is not recommended. And make sure he’s not staring into his phone or laptop or else it’s off to the repair shop.

This last prank also happens to be the most vicious. Approach his crush and ask her to record a message saying she’s always hated him. There’s a slim chance he’ll thank you for making him focus less on getting laid and more on school when he finds out it’s all prank. But who knows, the alternate scenario may have him sobbing for the rest of his days or worse, going on a rampage to avenge his broken heart. Gage the dangerous territory you tread before you plant your final video bomb, though. The best prankster knows when to prank, but more importantly, when not to prank.

Disclaimer: This author is not responsible for any violence or malign actions that may follow such. 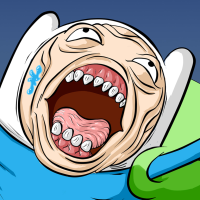 About Clyde "Guzi" He

Top 10 Research Universities
Next Post: The Time My Impulsive Decision Was the Right Decision