You are here: Home / Life / 10 TV Show Set in New York That Will Make You Want To Move ASAP

I want to lie and say that Sex and the City had nothing to do with my move to New York, but who am I kidding? Ever since I could remember, I unconsciously surrounded myself with anything and everything that had to do with New York. When picking schools, it didn’t surprise anyone that I settled on the school that would let me live out my Carrie Bradshaw dream. Without further ado, I present 10 shows that will make you want to make the move, like I did, to New York.

These 10 TV shows set in New York will make you pack up for the Big Apple ASAP.

Let’s face it—we all wanted to live like Blair at least once in our lives. What better show to make you envious of people going to college in the city than the dynamic duo of Serena Van Der Woodsen and Blair Waldorf? With the variety of cute boys they have in their school and the hopes of landing your very own Chuck Bass, you’ll want to want to move to the Upper East Side too. This show gives an amazing portayal of a student’s character growth as they transition from high school into college.

The prequel to Sex and the City shows a young Carrie Bradshaw, explaining how her Manhattan love story truly began. High school Carrie trying to get over the loss of her mother all while juggling friends, love, an internship and a secret life revolving around her career as a writer. Still on the fence about moving to New York? This show will give the push you need to make the big city your correct choice. With all the opportunities New York offered to Carrie, you’ll get inspired to take the risk and move in the hopes of landing your dream job in the city. I mean, they don’t call it what dreams are made of for nothing.

Carrie Bradshaw, now a complete Manhattanite, tells the story of her and her three best friends conquering New York. You follow the girl quartet through their dating and personal life adventures. Through it all, you learn that your gal pals will always stand by your side. Building a girl squad that will last you a lifetime and following your dreams give only two of the many reasons why you should move to NYC.

In The Mindy Project, we perceive New York through Dr. Mindy Lahiri’s eyes (a second-generation Indian, daughter to two doctors and an actual doctor herself). Being a New York native herself and just as accomplished in real life as she is in her show, Mindy Kaling will definitely bring a smile to your face. You might know her as Kelly from The Office but, for me, Mindy will always be Mindy in her hilarious self-titled show. The Mindy Project, a feel good comedy, will brighten up your day and show you that everything will fall into place.

Everyone knows this iconic show. If you haven’t seen it, you need to change that. A group of friends that all live in the same apartment building get through everyday occurrences with the help of their daily meetings in their favorite coffee shop located conveniently under their apartment building. This show will show you that if you work hard enough you will succeed. With the hopes of finding your dream apartment and developing that New Yorker drive your reasons to move to New York get pretty solid after watching this show.

You need to experience a Gorge Costanza or Cosmo Kramer iconic moment at least once in your life. With witty punchlines and dynamic characters, this remains a personal favorite and the first taste of New York I ever had. This show will forever remain a classic; I guarantee that you know at least one person that watched it. It follows a group of four friends and the mayhem they get involved in. From the Vandelay scheme in order to get George a job, to Elaine driving a soup chef out of the country, to Kramer landing a small role in a Woody Allen movie that cons one of the most iconic phrases in the show, even though it’s a relatively old show, it will definitely get some laughs out of you. Through the comedic mind of Jerry Seinfeld we see how not having everything go your way can be a solid reason to move to New York. Also the madness New York can throw you into and the hopes of eating at Moe’s are not that bad either.

7. How I Met Your Mother

Narrated by the dad from Full House, you can follow Ted and the story of how he met his kids’ mom. With the help of his roommate, his roommate’s girlfriend, best friends Robin and a Barney Stinson (portrayed by the amazing Neil Patrick Harris), Ted recounts all the things he went through before meeting his future wife. This show will definitely make you want to go and find your great love in the city. At the end of the day, we all want to fall in love and with New York’s population being 8.5 million, you’re guaranteed to fall in love a couple times before finding your soulmate.

In this show, you’ll follow Hannah and her three friends, trying to make it in New York “one mistake at a time.” If this doesn’t relate to your college experience, I don’t know what will. We also follow Hannah’s cousin, Shoshanna, who goes to NYU and, while the others underestimate her, she provides them with wisdom by bringing the other girls back to reality and putting them in their place.  Shoshanna’s character shows serious growth throughout the show and provides a great perspective to see how New York will help you grow up. This show gives a perfect example of living on your own after college and what it means to become financially independent. Scary, right?

Brothers, a love triangle and a baby, oh my! Baby Daddy’s plot centers around roommates Ben, Danny and Tucker taking care of Ben’s baby daughter, Emma, who was left on their doorstep. The show presents a lot character growth with how they mature after assuming responsibility for the little girl.  The sense of responsibility they all grow to have and the various adventures they have while caring for Emma show that everything is possible in New York (even three 20-something bachelors doing a pretty good job of raising an infant).

Felicity Porter has never made a decision herself, so after her long time crush talks to her at graduation she ditches her college plans and follows him from California, to New York. At first you might face some skepticism with the show (I did too—I mean, who changes their whole live to follow a guy they’ve barley talked to?), but this show will rock your world once you get through Felicity’s eternal awkwardness. After watching this show, you will understand the sense of independence that every student gets when moving out and taking matters into your own hands, and how a spontaneous move (like one to New York) will incite this in you. 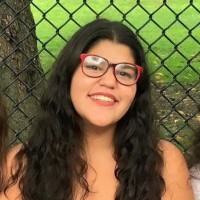 College In Your Hometown: You’re Expected to Move Up, But Not Move On
Next Post: 10 College Sleepover Ideas for a Night In With Your Girl Gang