You are here: Home / Life / 10 Tumblrs You Need To Follow
The blogging platform Tumblr is like a blank sheet of paper. It can be used to promote a cause, display a talent or simply entertain its readers. Created by 25-year-old David Karp in 2007, the site is now becoming more popular as young people use it as forum of self-expression.
What makes Tumblr unique is that users rarely use words at all. Instead people post videos, pictures and more commonly memes — animated or still pictures with captions written over them. College Magazine has scoured the blogosphere and come up with 10 Tumblrs that keep us coming back for more:
1.) Animals Doing People Things
The name says it all. This Tumblr needs no witty captions or titles to catch your attention. The mixture of video clips and still pictures provide a plethora of ridiculous images that you won’t soon forget. Common ones include elephants and bears waving to ducks and dogs dressed in dresses and bowties.
2.) #whatshouldwecallme
This increasingly popular Tumblr was created by two law students who used moving images with short phrases to display some of life’s daily moments and struggles. These include scenarios like “when a friend gets dumped,” “how you feel the morning after drinking,” and “when you remember that you have an exam tomorrow.”
3.) Ugly Renaissance Babies
So we all know that babies can sometimes be pretty unfortunate looking, but the ones depicted in these Renaissance pieces take the cake. These photos will make you question the meaning of “art” then and the captions underneath most likely sum up you’re confusion at the sight of these questionable images.
4.) Texts From Hillary
While the Tumblr (sadly) retired April 11, its memes created so much of a stir that Secretary Hilary Clinton herself invited creators Stacy Lambe and Adam Smith to meet her so she could submit her own post to their Tumblr. Look back at the archives to see how this Tumblr went viral across the nation.
5.) PEOPLE WHO
As the site says, it “was started in June 2010, by wireless G, a frustrated anthropologist… to identify those people who confounded him with their CONTINUED, PERSISTENCE EXISTENCE.” There are some many of you could most likely relate to, including “people who can’t point at something on your computer screen without touching it” and “people who post articles on Facebook that demand you install an app before you read them.” The posts are all in caps, just to make the point.
6.) I’m Remembering
For those of you who want to take a trip down memory lane, this Tumblr provides photos and links brings you back to the 80s and 90s with your favorite toys, gadgets, television shows and more.
7.) I Love Charts
This Tumblr can keep you entertained for days with the various entries from hand-drawn flow charts to how-to images. While some are strictly for entertainment, others might teach you a thing or two. It’s definitely one to check out.
8.) Onion-like Headlines in Real Life
For those of you news junkies out there, this Tumblr shows you some of the most ridiculous headlines that actually made it to print. Some are so unbelievable that they sound like they’d be used in the satirical publication The Onion (hence the name).
9.) Funny Or Die
Branching from its regular website funnyordie.com, this Tumblr, created by comedians and regular users, posts a variety of comedic videos, jokes and parodies. The creators post their own videos but give credit to clips and photos that’ll most likely induce a chuckle.
10. ) Texts From Bennett
While some of the content may be vulgar, this Tumblr is so great because it doesn’t even try. The creator simply posts the texts he exchanges with his 17-year-old cousin who is a white boy with a racial identity crisis. The daily situations Bennett faces may make you question what you do with your life.
Photo: at http://animalsthatdopeoplethings.tumblr.com/post/21431965943
FacebookTweet 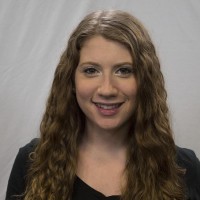