You are here: Home / Campus life / 10 Things that Shocked Me When Transitioning from Public Education to Private University

I went from an urban, low-income public school district to a private university with an endowment that caps at $2.4 billion. Naturally I noticed some differences between the two. And it came as quite the culture shock.

Find out the 10 things that’ll shock you when you transition from public high school education to private college education.

In high school the only cost I took on included a new set of black pens, binders and college-ruled loose leaf paper. For my private college I learned how to apply for a loan worth thousands of dollars. And I accepted the fact I may live in debt for the rest of my life. So why the big difference in cost? Public schools get funding through state taxes. Private schools run on tuition and donations.

When I opened my first financial aid award notification, I gulped. The itemized list of each individual cost confused me to say the least. Discussing it with my parents made me sink into my chair. Many of my friends felt the same way as they prepared to go off to a private university. I got a text at 3 a.m. from a girl who used to sit next to me in third block history saying, “Hey, how do I explain the difference between and unsubsidized and a subsidized loan to my parents? And, why do I have to ask to use that when I clearly need it?”

The charges didn’t end after letting loans pay off tuition. During the year, it seemed as if everything came at an extra cost. My college does offer free opportunities like clubs and volunteer programs, but not everything came with school funding attached to it. Of course, I understood that most places did not get the same kind of funding as my public high school.

When it came time for classes, I needed to buy books. And then the reality of how much school supplies cost in high school versus college really hit me. Public university supplies cost just as much, but it just added to the already-intense cost of my private university. But I could see the price I paid everywhere from beautiful campus grounds to constant construction. Coming from a high school without air conditioning to learning in top notch academic facilities, I was in awe.

Every hallway you turned, you could interact with someone who came from a unique place or spoke multiple different languages at my public high school. I come from an urban, low income city, which also taught me a lot about how people came from many different financial backgrounds. Many of the students I went to school with lived in government funded housing. A girl I graduated with who lived in a homeless shelter said, “Going to school in a place where the majority of people understood what I was dealing with outside of school gave me more confidence. When I needed assistance, I rarely even have to reach out, someone was already there to help.”

In my private university, there was not the same amount of representation. The lack of diversity was difficult for me to deal with at first. It added a lot of pressure on the intense culture shock I felt. However, I still found ways to meet and collaborate with different people on campus who furthered my knowledge on equality and acceptance. It was strange that the diversity was not as visible as it was in my public high school, but my experience with many diverse groups on campus were truly moving.

Sometimes when I look around my private university, it seems everyone looks the same. It almost fools me into thinking everyone shares a similar story. And often, I see people who look like they lead a life of true privilege. Yes, I know I was wrong for initially focusing on my peers’ appearance at my private university.

It stuck out to me because my public high school worked so differently. My private university does a lot to make sure the low-income students don’t miss out what costs extra like tickets to sporting events and other on-campus activities. But in my high school, no one worried about financial burdens because the school funded everything. I always felt like the income diversity in my public high school education gave me an advantage in life. And it was. Now I feel comfortable with the fact that some people come from different backgrounds.

With about 10,000 students, my campus is considered medium-sized, but to me, it feels huge. My college felt big to me, and my idea of “smaller” completely changed. Now imagine how enormous state schools actually are in my home state of Massachusetts. University of Massachusetts-Amherst student Angela said, “You have no idea what a big college actually looks like.” But that didn’t change the fact that I walked around aimlessly staring at the 340-acre grounds wondering where I would find my place for the first three months of college.

In classes, I got used to looking around at about 30 other people in high school, sometimes more. And aside from huge lecture classes, my college classes generally only include 13 to 20 other students. That gives me a lot more one-on-one time to get to know my professors and peers at school. Now I participate in class discussions that feel a lot less forced than the ones in my large, public school classrooms.

What happened to the rumors I heard in my public high school about going to college classes in my pajamas? It didn’t seem to go on often at my college. Many people kept up with the latest fashions, wearing brands like Patagonia, Vineyard Vines and L.L. Bean to name a few. I knew of most of these brands before college. But I wasn’t used to seeing six people wearing the same pair of boots walking up one staircase.

My campus culture also involves a lot of religion. I go to a Jesuit Catholic university that requires me to take theology class. It fascinated me to see how many people shared the same religion on my campus. I remember getting a knock on my door one of the first Sundays in my dorm. I opened the door and the girl across the hall asked if I was headed to mass. I’d been a part of a Catholic church in my home city which I loved, but I didn’t think about going here. I always separated school and church in my mind. At my private university though, I could think of them as related, which eventually made me feel refreshed.

Coming to a school where 70 percent of the applicants receive rejection letters, I could only imagine the rigorous curriculum of my private college. I tried to prepare. But I was still shocked by how many classes I needed to take for both of my majors and to fulfill the university’s core curriculum. Almost every day first semester, I stopped myself from wondering how I would ever finish all of these classes. There was an expectation to be “excellent”—whatever that means. My private university is very selective. And just like many other private universities, they did not let me forget it.

Lectures moved at a fast pace and I got a ton of homework at once. Professors often prefaced the class as one that “lives up to the academic rigor of the university.” Everyone at my college knew that line and feared it.

Class felt like an ongoing race. I found myself worn out after class and I didn’t know why at first. Then, it hit me. In public school, I rose my hand and participated a decent amount. My classes at my private university moved faster and so did my classmates. Before professors could finish posing a question, my classmates already knew the answer. How was I going to deal with sitting in a room where everyone seems to know the correct answer but me?

In high school, I felt comfortable with how much I knew the answer to in class and how much I didn’t. But at my private university, I felt like I wasn’t competitive enough. After about a month at my university, I began to feel comfortable with the fact that I didn’t need to be as competitive as all the other students. I didn’t need to “keep up” with everyone; I needed to learn just as much but at my own pace.

When I first decided I wanted to go to my private university, I did my research about ways to get extra help in case I struggled academically. In my high school, the main way to get extra help was from teachers who would stay after school nearly every day. But what if I needed more than the regular professor office hours in college? In public high school the help was readily available. In my private college I needed to seek out the resources rather than them come to me.

And I did find a learning center on campus. I could make an appointments to get tutored in any of my classes. Other students are the tutors, and they offered very flexible meeting times. Plus, getting help from other students who took the classes I struggled in truly gave me an advantage. And these tutors do get paid, which I am sure gives them the motivation to make sure I get all the help I need.

I always felt there was no where I could go that would offer more resources than my public high school. There were many different clubs and organizations created for students by students because of the diverse student population. Everywhere I looked I could get involved. But no real pressure existed to get involved in something. I often sought out extracurriculars. But my friend, Joshua, told me he loved going from class straight home to take a nap.

And to my surprise my private university that lacked diversity still offered the same amount of resources, maybe more. Activity fairs each semester overwhelmed me with pressure at first, but soon became a blessing. Everyone found a sense of family in their chosen clubs. It took me a bit longer to get involved, but once I realized I would eventually find my place in the plethora extracurriculars, I felt at ease with the transition into private university life. 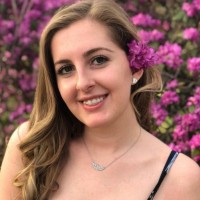 Sophomore at Boston College studying English and Education. Passionate about writing, journalism, teaching and community engagement. Lover of all things dogs and coffee.

10 Items to Make Your First Semester at Tulane University a Million Times Easier
Next Post: The Bitcoin King Crowned at 16