You are here: Home / Party / 10 Tell-Tale Signs That You Drink Too Much Alcohol

Everyone knows that college campuses and alcohol consummation come together in a pack. If solo-cup littered yards and beer bottle-lined sidewalks don’t convince you of that, then I don’t know what will. After all, what do you expect when you group a couple thousand young adults onto one campus without parental supervision for the first time in their lives?

Is it really a surprise that binge drinking flourishes in such an environment?

Statistics draw a common pattern among student drinkers across college campuses. According to the Alcohol Rehab Guide, four out of five college students consume alcohol within their day to day lives. When surrounded by such a high percentage of fellow student drinkers, it’s easy to fall into unhealthy drinking habits.

Keep reading for 10 signs that you’re drinking too much alcohol.

1. One More Drink is Never Enough

A lot of us have been there—staggering back over to the bar before our liver can process the last shot that we threw back only 15 minutes ago. The music sounds better, everyone’s hotter and the drinks just keep coming with no one there to stop them. You promise yourself that this one’s your last, but the promise vanishes as you refill your cup just a little more.

It’s important to know when to cut yourself off. Some people have a harder time doing this than others. Your liver can only process one standard drink per hour leaving the rest to accumulate in your blood stream. Things can get really dangerous if you don’t know how to tell when enough is enough.

2. You Just Can’t Seem to Remember

Blackouts often accompany nights of heavy binge drinking. They tend to pick you up and deposit you into situations that are highly unfamiliar in the light of day. If you’re lucky, you can recollect your night from a trusted source, but is that a risk that you really want to take?

When you black out, your brain literally stops creating memories.

The receptors of your mind stop functioning as they normally would, causing you to blackout despite how conscious you may feel at the moment. You’re unable to recall what happened because your brain didn’t record the signals in the first place. If your weekends lead to frequent gaps in your memory, change your drinking habits.

3. You’re a Completely Different Person Under the Influence

Alcohol is appraised for its magnificent ability to spike confidence levels. It’s nearly impossible to approach that hot stranger at the bar without the liquid courage. But after a couple of drinks, conversation flows better, and you’re a lot more likely to speak the things weighing on your mind. And sometimes this seemingly magic potion backfires. With the loss of inhibition, you might do things that you never would while sober. You might go from asking for that hot stranger’s digits to flipping chairs and smashing glass bottles when you get rejected. If you often become a wildly dangerous version of yourself in a state of binge drinking, put the booze away before somebody gets hurt.

It’s one thing to wake up in another place, but waking up with injuries all over is a majorly concerning matter. I’ve seen students stumble into broken glass, twist their ankles and wake up without any recollection of sustaining their injuries. A close friend of mine fell down the stairs and found a baseball-sized bruise on the back of her leg the morning after. The worst part about it was that she didn’t even remember how it happened. If you run the risk of injury every time you go out, slow down on your alcohol consumption.

“You’re not really an alcoholic. You’re just a typical college student.” It’s a common phrase that many of us share as we joke about alcohol dependency. Many believe that truth lies behind these words, as if our age prohibits us from the dangers of alcoholism that lies among the post-college population. Let me tell you this: It is quite possible to become an alcoholic in college. Alcohol dependency is only the beginning. You shouldn’t need to drink every day in order to function. There’s a time and place for alcohol use. Problems arise when it starts conflicting with your daily life.

Let’s not forget the main reason why we came to college in the first place. Social activities might start to become more important in our lives than school work. We push off writing next week’s essay in favor of another night at the bar or the frat party down the street. Though it’s possible to balance the two, such “after-school activities” shouldn’t come before your education. If you’re constantly receiving poor grades because you just can’t bear to miss another bar-crawl, your alcohol use could be the culprit.

7. You Need it to Feel Better About Yourself

Most of us drink to have a good time. It’s the main reason why we keep doing it despite the burning sensation on the way down. The euphoria masks the bitter taste, filling us with bliss. For this reason, we often forget that alcohol is a depressant. After too many drinks, negative effects can occur, leaving us feeling miserable at the end of a once-promising night. Too many emotionally-charged nights aren’t good for mental health or self-esteem. Many people feel better about themselves when the drinks roll in, but afterward, they crash back down. Alcohol doesn’t make life any better. It only makes it worse.

Alcohol and the liver don’t mix very well. A lot of us can at least remember that fact from middle school health class. The grotesque picture of an alcoholic’s liver has been burnt into your mind since forever, but that picture didn’t happen overnight. It resulted from one drink that simply became too many. Binge drinking can speed up the process when alcohol isn’t consumed in moderation. If you experience negative health effects from drinking too often, it may be a cause for concern. And newsflash: Alcohol’s packed with calories, too.

We all know those people who are great to be around while sober, but a completely different story when drunk. They try to blame their bad behavior on alcohol the next morning, but the damage is already done. If you’re the person sending out apology texts the following day, you might want to do damage control before you start drinking the first place. Your drunk actions can be potentially detrimental to relationships. You don’t want to lose friendships because you can’t control your alcohol consumption.

It isn’t a good sign if you often feel the need to hide your drinking habits. This includes lying about alcohol consumption, sneaking extra bottles when no one’s around, and the guilt that often accompanies such behavior. If you find yourself in similar circumstances, don’t be afraid to reach out to resources on campus that can help you counter this problem. In doing so, you can find a helpful resolution before the issue gets worse. 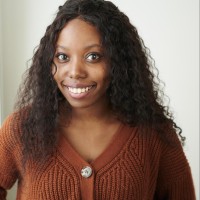 Dear Penn State Freshmen, It’s Crazy Easy to Spend Your Money
Next Post: 10 Mitski Songs For When Nobody, Nobody, Nobody Gets How You Feel