You are here: Home / Life / 10 Summer Songs to Turn Up When the Temperature Goes Up

Summer songs young and old have survived through the generations simply for one reason: to jam. We all know them. Those songs that bring the nostalgia of late nights spent chucking marshmallows at your friends over a bonfire. The songs that you feel required to blast the moment you hear the first two notes as you drive with your windows down, the summer breeze flooding your senses. Even the songs replayed so much you almost went deaf as you spent hours going anywhere and nowhere at all after a lost summer love. These songs take on many different forms, genres and tempos, but they have one thing in common—you can’t go a summer without pressing play at least once.

Check out these summer songs to jam out to when things get hot.

Tegan and Sara, the definition of alternative classics, has blessed us with an upbeat bop full of acoustic excellence that would be a crime to keep from a summer playlist. “Where Does the Good Go”is that song you listen to as you lay on your bed contemplating life in the most relaxing way possible. Either that or you recreate an emotional music video scene circa 2004—there’s no in-between. “It’s a smooth, upbeat song that makes you want to dance. It just seems like a summer song that you can listen to on repeat,” University of Iowa junior Morgan Klarenbeek said. Take some time to step away from the new pop songs full of electronic beats and overpowering vocals (which are still amazing, don’t get me wrong) to vibe along with an acoustic classic that will have you dancing in rain on a cool summer night.

Have you ever experienced a song that emits the definition of angelic happiness for four minutes straight? Well now you can. Lucius sings about drawing from past the hardships of day-to-day life (flat tires, heartbreak, etc.) in order to feed a creative inspiration. While the bad days may hurt like a stab to the chest, the days that fall perfectly into place tend to lack the colorful edge of the “bad” memories. At least for these precious minutes you can take in all of the positive vibes of a perfect day with clear skies and wide smiles until the storm hits on your ride home. “My friend and I went camping one summer, and for some reason, this song made me recognize how good of a time we were having and how happy I was to be in that moment,” Iowa State University junior Roxanne Kadoun said. Whether you endure a day fit for severe weather or a day full of sunshine, this song will fill your spirits with an upbeat melody and inspiring lyrics.

While the radio may have extremely overplayed this song during the summer of the initial release, but this infectious guilty pleasure song persists on the best summer playlists. You can’t help but smile as the iconic instrumental begins to play from your speakers. “I remember being obsessed with ‘Cheerleader’ when I was on a road trip with some friends to the point of instantly breaking into dance once the intro trumpets played, refusing to change the song. Now I think of those fun memories the very rare occasion that it comes on,” Des Moines Area Community College student Alivia Bergmann said.

Imagine the countless late night summer drives with your friends smushed together in the backseat and the lights of downtown gently lighting up their faces. Just one of the many images that come to mind when listening to this Drake classic. The chill vibes coming from this track instantly makes you move in your seat or unconsciously say, “Yaaaaaaaaaaaas” with nostalgia to a less stressful time of your life. The contagious beats and soft tones layered throughout the song will slide into your go-to playlist for late summer nights—that is, if they haven’t already.

Is it just me or do songs with retro vibes give you feelings of a late-night summer beach party lit by a massive bonfire? Nope, just me? Prepare for your opinion to be flipped on its head once you start jamming to “My Type” in that exact situation. If you still believe this anthem full of retro influences won’t transform a boring night into one of epic proportions, then I can’t help you. Saint Motel brought together a heavenly mixture of classic swinging saxophones with modern beats that takes any listener on a journey back in time. This swinging jam from the past will be sure to get you out of your seat with the grooving atmosphere the artist creates. Time to break out those swinging moves because the massive bonfire beach party has arrived whether you asked to jam or not.

This anthem has a little bit of everything to get you on your feet in no time: a swaying melody, a catchy chorus and an important message that nearly everyone can scream from the rooftops. Through her bouncing lyrics, Sigrid unravels the lonely consequences for those who simply fish for gratification from those who hide their true opinion. “It’s an upbeat, catchy song with beautiful vocals that makes you want to dance whether you’re outside or inside. Also, from what I can tell it’s not about love or romance and sometimes I get sick of constantly hearing love songs,” University of Iowa junior Kendra Eckheart said. “High Five” gives you vibes that will have you yearning for a convertible simply to spend a day driving with the top down as you perform the song to the skies with both hands up in the air. While we all imagine this picturesque movie moment as we make an epic exit from fake friends, here at College Magazine we promote safe driving so maybe defy your haters with your hands at 10 and 2.

The time to rock out has arrived. Those looking for a simple, happy tune to bop to should reluctantly move aside because 5SOS has come to shake the very ground you walk on with their new single. “Youngblood” urges each listener to shout the vulnerable lyrics from the rooftops as it captures the confusing heartache of young on and off again love. With a soft, melodic intro that leads to a chorus full of powerful beats and emotional chants, this song translates the emotional struggle of a poisonous relationship into a summer jam that will have you jumping to the beat. Even if you’ve only experienced a relationship worthy of a Disney animated movie, this song will have you screaming to your imaginary summer love that did you wrong in the worst way possible.

On the rise, this group has won over fans’ hearts with their powerful messages and collaborative excellence with each new release. Specifically, “HOTTIE” gives off that easy bop vibe that, at first glance, sends your mind into a summer day montage. When listening closer, the song brings out a powerful message dealing with the uncertainty of your contribution to the world. “The fact that these guys all got together to create a unique, radical sound with powerful lyrics is so inspiring to me. The music is incredible but it’s also the positive vibes they give to those listening. They prove that yes, you can create something yourself but if you decide to create something with others then in a way it makes it more special,” Des Moines Area Community College student Alexandra Martinez said. BROCKHAMPTON will serve you well from the nights you spend contemplating your future to the creation of that perfect montage playlist.

Prepare yourself for a song that’ll make you want to snap along one second and bang your head the next. This steady beat will get you moving in no time no matter the setting—chilling at home, hanging with friends at the beach, even your late-night trips to the grocery store. Kamikaze will not only make you instantly google a  nearby music festival you can attend, but it will mentally teleport you to those festival nights spent chanting the words, “I’m a kamikaze,” with your fists in the air. Release all your stress from the uncertainty of the future and crappy relationships as you explode with each chanting chorus.

This K-Pop song has had people chanting at the top of their lungs from their legendary performance at the BBMAs to an entire FIFA World Cup stadium. Fans from around the globe have been blasting this beat for the last two months with no sign of ever stopping. Fake Love speaks to the heartbreaking love that becomes so intoxicating you begin to lose yourself.

Yes, many of the lyrics are sung in Korean (a language many in the United States may not understand) but the powerful message can be felt through the music itself. “The song shows me that music really is amazing because the simple fact that I don’t know the language and yet they still get their message across is crazy to me, in a good way,” Martinez said. Don’t be surprised when you find yourself chanting along to the lyrics in a downtown club after your summer love comes to a close. No need to worry about being the only one there screaming “fake love” because you’re guaranteed to have an “army” supporting you every time. 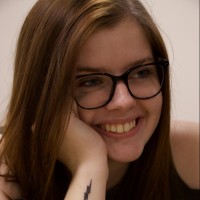 Travel amateur and avid moviegoer with a passion for all things Marvel. Recently graduated from the University of Iowa where she studied English and Creative Writing, she never lasts more than 18 hours without a cup of the good stuff... coffee.

7 Summer Albums to Take Your Playlists to the Next Level
Next Post: 10 Road Trip Songs That You Need to Add to Your Summer Playlist