As a Temple student, you have the city of Philadelphia in the palm of your hands. So much American history and culture surround you, from the Liberty Bell to the Philadelphia Eagles. With the abundance of landmarks and museums at your fingertips, it can feel like you’ll never get a chance to see everything. So which sites are the best of the best?

Check out these top 10 places in Philadelphia you should totally visit when you have free time to explore the city:

1. Museum of the American Revolution

In the heart of historic Philadelphia, only a few steps away from Independence Hall, you’ll find the portal to the revolutionary war era. Dedicated to telling a detailed recount of the American Revolution, a tour guides you through the chronological journey of independence. The museum holds thousands of Revolution-era objects ranging from books, artwork, weapons, manuscripts and even objects that George Washington himself used during the War of Independence. Immersive galleries and power theater exhibits bring history to life. Those who come to visit leave with a deeper understanding and appreciation for the diverse array of people who helped shaped the country into what we know today.

Part of the Independence National Historical Park, this building has been restored to the period of time when it served as the meeting place of the U.S. Congress from 1790-1800. You can find Congress Hall between the intersection of Chestnut and 6th streets. Within its years of use as a meeting hall, Congress Hall stands as a witness to many great historical events in American history including the admittance of three new states into the country, the ratification of the Bill of Rights and the Constitution.

For all you bug lovers out there, Philly has a museum dedicated to insects. In the Northeast part of the city lies Insectarium. Opened in 1992, Insectarium displays many types of live insects, mounted specimens, exhibits and hands-on activities for those who dare to get their hands dirty. In the butterfly pavilion, you’re allowed to get up close and personal with the 2,000 butterflies that live there. If you go visit, remember to wear bright colors the butterflies can land on you.

5. Pennsylvania Academy of the Fine Arts

If you love art history, then you need to visit the PAFA. Recognizable by the Cherry Street and walkway, and large, out of the ordinary sculpture installations, the PAFA not only educates those who visit the museum but offers several under their Bachelor of Arts program. In this program, students are offered studio training along with a focus on liberal arts education. Founded in 1805, the PAFA is the first and oldest art museum and art school in the United States. The academy is known for its collection of 19th and 2oth century American art, sculptures and writings. The PAFA has a balance of historical and contemporary art exhibitions, showcasing both regional and Academy student work. As an art school, PAFA attracts talented artists from around the country and globe. Take a trip down to Center City to support your local artist at the PAFA.

Deemed as one of the finest medical museums out there, the Mütter Museum is located right in Center City. Containing medical oddities like the Mütter American Giant, the tallest human skeleton on exhibit in North America, at 7’6″ tall. Mütter shares medical discoveries, anomalies and history. The museum holds an astonishing collection of 20,000 specimens, medical literature and tools used for educating the public about medical history. Surprisingly, the museum displays only 13 percent of the collection. This large collection holds anatomical and pathological specimens, wax models and medical equipment. The museum is part of the College of Physicians of Philadelphia, the oldest medical society in the United States, and is notable for being one of the only places the public can view images of Albert Einstein’s brain

A favorite place among schools for field trips, the Franklin Institute is a favorite among visitors too. Named after American scientist and statesman, Benjamin Franklin, the Franklin Institute is a science museum and scientific research center that opened in 1824. The institute is one of the oldest centers of science education in the United States. Today, the institute is dedicated to educating the public and creating love and interest in science in those who visit. Embodying Franklin’s love of science and discovery, the museum offers new and inventive ways for folks to explore difference sciences that go into detail about human anatomy and physiology. Additionally, the museums also hold the largest collection of the Wright brother’s workshop. Visiting the Franklin Institute serves as a rite of passage for those who are exploring the city.

Founded in 1975, the Philadelphia Museum of Jewish Art is located inside the Congregational Rodeph Shalom in West Philadelphia. The museum resides in one of the oldest Ashkenazic synagogues in the Western Hemisphere. Dedicated to displaying contemporary art that showcases the Jewish experience. Exhibits also includes 350 years’ worth of Jewish history displayed by thousands of historical artifacts and images. Currently, on display, there is an exhibit dedicated to exploring the life of icon Ruth Bader Ginsburg, the second woman—and the first Jewish woman—to serve on the U.S. Supreme Court. This exhibit will only remain here until January 2020, so make to plan a trip to visit this new and exciting exhibit.

For those of you who like to get your spook on, then you should definitely check out this place right in Fairmount. Prison turned museum, Eastern State Penitentiary operated as a prison from 1829 until 1971. Notorious criminals have stayed there including organized crime leader Al Capone and bank robber Willie Sutton. This prison’s structure became a model for more than 300 prisons worldwide. Within the prison walls, visitors can go through a self-guided tour through the history of the prison. When visiting, you’re also allowed to explore areas of the prison including solitary confinement cells, view what was once Al Capone’s cell, death row and view art and written work from contemporary artists and those who have been or are currently incarcerated. During the Halloween season, the prison hosts an event called Terror Behind the Walls which transforms the prison into separate haunted attractions. Terror Behind the Walls consists of six spooky attractions that create a one of a kind experience. All six attractions offer scares like no other, this is not for the faint of heart.

Filed Under: Life Temple Things to Do 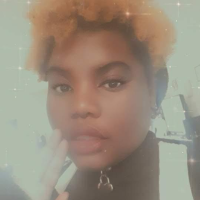 Rayonna Hobbs is currently a sophomore at Temple University studying Journalism and LGBT Studies. Rayonna has a great interest in music, pop culture, politics and going to the library.

10 Signs You’re Already Suffering from Burn Out
Next Post: The Time I Applied to Over 10 Colleges and Why You Shouldn’t