Penn State or Rutgers? Easy question: Penn State always. The Nittany Lion would easily beat the Scarlett Knight in any competition (especially football). As a Jersey girl and a PSU student, the rivalry between these state schools always caught my attention. Rutgers, while close to NYC and only a short car ride from home, can’t compare to Penn State, with the most school spirit and true college atmosphere. I would pick Penn State every time.

Check out 10 reasons why PSU beats Rutgers any day of the week.

1. PSU Football blows RU Football out of the water

The last time Rutgers beat Penn State in football? 1988. That’s 33 years ago, and we still consider this a rivalry? It’s not only about the game, but also about the atmosphere. Tailgating at Penn State brings on a new meaning to gamedays because of the vibrant energy, school spirit and the overwhelming faith that PSU will win. Penn State may not win every game, but I promise we never lose a tailgate.

There’s nothing quite like a stroll through frat row and seeing all of the mansions destroyed by dirty boys who crush beer cans on their head and leave their half-eaten Chipotle out for five consecutive days. As disastrous as frat houses seem, the fun that comes with the experience remains undeniable. Rutgers students go to frat parties—they don’t go to frat houses.

“When I went to visit Penn State, I was shocked when I saw how big the houses were and the big letters that they had on the front of the house. At Rutgers it’s not like that, we just have regular houses and hang out in the basement,” Rutgers sophomore Steph LoNigro said.

Members of the fraternity rent a house together, but these houses can’t be considered the typical frat house.

3. PSU students don’t need to take the bus from one campus to the other

Rutgers students rely on the bus to go from campus to campus, which isn’t necessarily a bad thing—until you miss the bus and need to Uber to class. Their campuses find themselves separated by main highways so students can’t walk to every single one of their classes. Penn State students usually opt to take the bus on the freezing or rainy days, but walking always remains an option! Sometimes, we need the fresh air and the exercise from walking up Shortlidge Hill.

As a Jersey girl, I will always cherish my Jersey bagels and tell everyone in State College that they don’t know what they miss out on. I love getting a fluffy NJ bagel in my pjs just as much as the next girl, yet Bagel Crust holds a special place in my heart.

“After a night out, Bagel Crust and a Dunkin’ iced coffee is all I need. Or even during the week, Crust is the best,” former Bagel Crust employee Sarah Stachowski said.

Plus, Crust can fix any hangover after a night out.

Think about Disney World. Everyone walks around proudly wearing their Minnie or Mickey Mouse ears and it feels completely normal. Saturday’s end up being similar in State College. Penn State students walk around campus and downtown shamelessly sporting their Nittany Lion Ears. All I can say? Rutgers could never.

6. Penn State’s alumni base is the best in the world

Going to big universities like Penn State and Rutgers offers its perks when it comes to their alumni base. The Penn State Alumni Association remains the largest network association in the world.

“I picked Penn State three years ago because I knew that it would be easier for me to get a job when I graduate, and this seems to prove true! Luckily, I just got an internship with CBS for this summer. I wouldn’t have been able to do it without the resources here!” Penn State University junior Frankie Molen said.

Penn Staters love hiring Penn Staters. Rutgers might only be a train ride away from New York City, but Penn Staters end up everywhere. No matter where you find yourself in the country, there will be a PSU alumnus close by.

A lot of college towns considered themselves to be a bubble. After all, they usually feel like quaint little towns filled with college students. New Brunswick? Total opposite of that. State College will always be exactly how it sounds: the city that homes PA’s state university, and the safe, small and college student-infested Happy Valley.

We can all pretend like disgusting freshman dorms come as a “part of the college experience” and “builds character,” but I beg to differ. When I lived in the freshman dorms, it was a renovated dorm, meaning I did not live in a cemented prison cell. And I can confidently say that I did not miss out on a single monumental college experience while living in my hotel room looking dorm. Rutgers freshmen on the other hand, end up in quite petrifying dorms. Between the lack of air conditioning and the communal bathrooms, I would be crying every single night.

Penn State’s dance marathon shapes up as the one of largest student run philanthropy’s in the world. An annual event where Penn Staters dance for 46 hours to raise money for the children and families impacted by childhood cancer, THON holds a special place in every student’s heart. Rutgers holds their own dance marathon, and a successful one at that, but no one can do it like Penn State can.

“I applied to both schools my senior year of high school. THON made Penn State standout so much more. I knew I wanted to be a part of it. My whole college experience changed because of THON,” Penn State senior Juliane Castellani said.

THON brings PSU students together to support a cause that feels so much bigger than them, while also making some awesome memories!

Imagine standing in the student section in a football stadium with nothing in your hands? I can’t. The PSU student section goes unmatched—always full and the pom poms always wave. I can’t say the same for Rutgers. Their student section will always be subpar at best; they need way more spirit if they want to beat us!

Filed Under: Best Colleges in the US Penn State 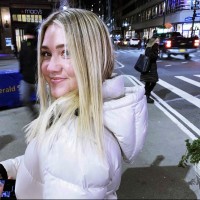 Alexandra is a junior at Penn State studying journalism and political science. She loves fashion, politics and everything in between.

21 Songs to Belt Out in the Shower
Next Post: 15 Desserts To Bake That’ll Land You in the Great British Bake Off Tent