You are here: Home / Campus life / 10 Places To Meet Your BFF At Penn State

You show up to college at Penn State as an outsider and find that you need to make a new friend circle really quick. You cannot survive college without a good gossip partner and personal therapist. Making friends can seem hard after spending your whole life with the squad that has been with you through it all, but Penn State has so many people to meet in so many places.

Lonely AF? Here’s where to find your lifelong BFF at Penn State.

Everybody takes CAS100 at some point in their Penn State career. You can’t graduate without it. Talk to the person next to you about your mutual hatred for public speaking. You’ll both probably sit there for the duration of the semester in your unassigned assigned seats in Thomas or Forum and you could probably use a walking partner or someone to save your seat. Whether you need help with homework or you bond over an annoying professor, you can always make a friend in class. You’ll find most likely find that many people in your classes will have the same major or, at the very least, someone with a major in the same college as you. “I met most of my college friends through having similar interests and majors,” said senior Paige Landay. “We have had many classes together and you kind of just get closer with each other with more time spent together.”

The Phyrst is phull of people all bonding over the fact that they made it to 21 and will probably graduate in the near future. Though not glamorous or high-end by any means, it gets the job done as a classic go-to for many staters. Plenty of bars like Pickle’s, The Den and The Gaff lend themselves well to making friends as well with such upbeat vibes. Even if you’ve yet to reach 21, Penn State has a reputation as a party school. With plenty of parties happening every day, making friends comes easily to make new friends in a relaxed and fun environment. It just takes a few drinks, some great music and a group of friendly people to make instant friends.

As corny as it sounds, people do end up meeting their brothers and sisters in their fraternities and sororities. When you go Greek, you have so many opportunities to bond through rushing, pledging, philanthropy, parties, chapter, etc. Pledging especially is designed in such a way that you bond with your pledge class and become close with them. You meet and mingle with hundreds of people on a regular basis and that you might not normally meet. “I never thought I’d meet as many people as I did before I decided to rush a frat. There are a lot of great guys despite the reputation that Greek life has. I consider these guys some of my best friends,” said senior Ellis Driscoll.

When you go to school with someone you lost touch with over the years, it could help to reach out to them. Even though it seems like Penn State has a million people, you are definitely bound to run into them in the dining hall, at the HUB or just walking down Penn State’s most walked street, Pollock Road, on your way to class. If you haven’t seen or talked to them in what seems like ages, this could spark a reunion. You guys got along at one point, so a friendship does not seem unlikely. When you go to school in what seems like the middle of nowhere, seeing a familiar face as you walk down the street can make you feel a little better. When you go home for a school break, you have a traveling companion and have someone nearby that understands your school life.

Many people who have never lived off-campus end up living in the famous Beaver Hill apartments. The prime location makes it a desirable place for newly liberated freshman to seek shelter from the RAs in the dorms they lived in before. You can make friends more easily with people that live close to you. You don’t have to travel far to hang out with them, you know where to find them when you need them and you can walk to class with them.“I needed to find someone to room with for sophomore year. I lived on the fourth floor and one of my friends told me a girl on the 7th floor was also looking for a roommate. We found out we were the same major and had the same classes and instantly became good friends,” said sophomore Alison Smith.

You will wake up on a Saturday morning and discover that everyone tailgates for the majority of the day. A friend invites you out to another friends’ tailgate and (because you don’t want to hang on them for the entire time) you have to mingle with some of their friends. But after a while, you realize that you all get along great. You meet so many people in your years of college that you should meet as many people as possible. Friends of friends can turn out to be some of your best friends too. You already know that they have a level of compatibility, so you probably have something in common as well.

East, though nobody would ever go back there after freshman year, creates bonds between freshmen that last throughout college. In this dorm area, people generally leave their doors open and come in and out of your room like a revolving door. Friendly freshman walk the halls to try and seek out new squad members to roll up with around campus. You may have nothing in common or you could have found your long lost twin, but when you spend as much time as you do with a roommate, you are bound to develop a strong relationship. “Freshman year I roomed with seven other guys and you’re kind of forced to be friends with them since [you’re] with them 24/7. From the minute you get back to your room from classes, there’s always someone there to hang out with,” said senior Gurminder Singh.

This seems obvious, but clubs are gold for finding BFFs. You could even discover your new passion for Crossfit, gymnastics or even Quidditch. “I became interested in Crossfit during my sophomore year and have met some of my very best friends there,” said rising senior Alyssa Kamrowski. “I started out not really knowing much but that just goes to show you that you don’t need to be an expert at whatever you join to make friends, just have an interest.” Most clubs set themselves up in such a way that you don’t have to be experienced to join and meet other people. You’ll notice that joining multiple clubs makes Penn State a little bit smaller when you walk down the street and see your new groups of friends from your club sports to your major-related clubs.

You can find a group of enthusiastic and good-hearted people amongst any of the THON committees. Incredibly devoted, caring and friendly people all work together to help raise money for a cure for pediatric cancer. Committees really get the chance to bond throughout the year at weekly meetings, THON-related events and just around campus. Working towards a common goal really puts the “unity” in community. Need I say more?

10. Coworkers at the HUB

Looking for some money and a new pal? The HUB has everything you need. It contains a large variety of jobs and a good portion of the student population. As a broke college student, nobody understands your struggles more than your fellow coworkers. Even if you work in the dining hall, bookstore or as a TA, your coworkers help pass the time of what seems like an eternity during your shift. Who else would you complain about the pay, talk about your manager or discuss your weekend plans with? Working together can build strong friendships despite the fact that you are thrown into a position with people you wouldn’t have spoken to otherwise. 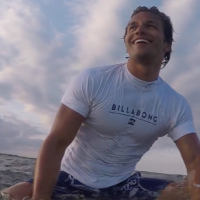 Ryan is currently in his fourth year at Penn State majoring in journalism. A native New Yorker, Ryan enjoys all things New York, including, but not limited to, the city, the Yankees, and pizza. He spends most of his free time at the gym, listening to music, or probably eating.

Top 10 Unforgettable DMV Hangouts for UMD Students
Next Post: How to Not Turn Your Freshman Year of College Into a Total Trainwreck