You are here: Home / Life / 10 KAABOO Artists that Will Give you Serious FOMO

Gorgeous California weather. Guilty pleasure food. Comedians, artists and the ultimate musical lineup. Get your tickets to KAABOO 2018. Or else, risk the FOMO.

Obviously, you can’t miss Post Malone, Imagine Dragons and Gucci Mane. And you should definitely witness Elise Trouw’s famous looping. But this list goes beyond what sounds best live and dives into the full performances that will give you some serious FOMO if you don’t make it to KAABOO.

Check out 10 artists that will give you FOMO at KAABOO 2018.

Experience KAABOO in Del Mar, California on September 14-16. Students can get 3-Day HANG LOOSE passes at $20 off!

If you don’t know “Long Way Down” you must live under a rock. But you may not have known a one-man-band performs that bop completely solo. DeLong creates a mix of techno, house, drum & bass, electro, trip-hop tunes. Delong has earned the titles of DJ, singer-songwriter, keyboardist, drummer and vocalist. Counting those up, we’d say forget a triple threat and say hello to this quintuple threat. His unique sound and passion for music will captivate you. Don’t forget your orange X face paint.

Four-time Grammy award nominee and singer/songwriter Jewel was first discovered performing in a San Diego coffee shop. Now Jewel returns to the home of her musical start at KAABOO. You’ll hear from her latest album Picking up the Pieces all the way back to her 90s classics, when we first fell in love with Pieces of You. Jewel live is a once-in-a-lifetime FOMO experience. She riffs and changes up the songs with every performance to keep you surprised.

He was a college student just like you, writing and recording his songs sophomore year at Michigan State in 2014. Now you can’t walk into a college party without hearing him come up on the playlist. Known for his single “Straightjacket,” QUINN XCII is also featured in the viral song “Kings of Summer.” His reggae, hip-hop, pop, electro sounds will give you serious vibes at KAABOO. See him live or risk the FOMO.

If you haven’t seen her live yet, you will experience FOMO for Katy Perry. She’s one of the highest-earning women in music and best-selling artists, having sold 40 million albums. She incepted us with “Swish Swish” this year just like every other catchy AF lyric. Get ready to sing your heart out to “California Gurls,” this time actually in California.

They have been Going the Distance since 1991. They also make Californians proud with their sustainability efforts, creating their sixth album using 100 percent solar energy. Cake will bring you back to those high school feels. Sing along or get serious FOMO.

You’ve been to enough weddings to know that people cannot get married without dancing to “September.” They’re soul, funk, pop and R&B—they’re one of the most successful bands of our lifetime. We’re talking Songwriters Hall of Fame and Grammy Lifetime Achievement Award. Don’t miss the horns that accompany our most important life moments. They may be our parents’ generation but don’t be fooled: They’ve still got it.

Singer. Songwriter. Record producer. Bebe Rexha is killin’ it. She’s only 28 and she’s written a song for Eminem that won a Grammy Award. Her cross-genre style makes her indispensable in the music industry. At KAABOO, get ready for her pop chart toppers like “I Got You.”

Singer/songwriter Emily Warren has been nonstop since KAABOO 2017. She tours and collaborates with the Chainsmokers; they just released their new track “Side Effects” last week. She writes songs for dozens of pop artists, like this year’s obsession “New Rules” sung by Dua Lipa. And she’s about to release her full-length album this August. Get a sneak peek with her early release of “Paranoid.” You will get FOMO if you miss this rising star on the KAABOO stage.

Micha says their courtship was accidental but we think it was MTB. The synth pop duo from LA makes us smile and fall in love with their hit “Tell Me Tell Me.” Their songwriting skill, upbeat sound and laid-back approach make for a winning mix. Their commentary on the standards of L.A. perfection in “Perfect People” will get you dancing and singing along in an instant. You will suffer FOMO if you miss them at KAABOO this fall. Don’t be that person.

This 23-year-old may be “Bad at Love” but she’s oh so freakin’ good at everything else. Prepare for all the feels when she sings “Colors” live. It’s no surprise she’s been on the fast track to the spotlight, from opening for Imagine Dragons and The Weeknd in 2015 to winning Outstanding Music Artist by GLAAD Media Awards this year. Her emotional and relatable lyrics coupled with stunning vocals gives us the most KAABOO FOMO.

Don’t forget your student discount. Go to www.kaaboodelmar.com/get-yours to validate your status and receive a code. Discount is $20 for 3-day HANG LOOSE and $10 for single day HANG LOOSE. 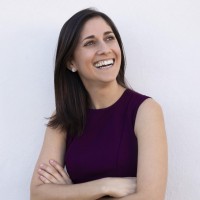 Amanda is the founder and CEO of College Magazine. She's passionate about helping students and graduates launch their career in media and writing without feeling stressed and overwhelmed. She eats, sleeps and breathes content strategy. She's also a TEDx speaker and author of the book #QUALIFIED: You Are More Impressive Than You Realize. On weekends you can find her hiking San Diego trails with her dog Frankie.

Diary of the Foreign Black Girl
Next Post: I Wrote My Common App Essay on Chipotle and Got Into My Dream School