You are here: Home / Winter / 10 European Destinations for a Seriously Magical Winter Break

It’s first instinct to flee when cold weather comes around, but tons of places become even more magical in the winter, Europe especially. In Europe, you can find everything from charming cities to glaciers to ancient castles. So what top spots must you hit on your travels?

Here are 10 must-see places to get the most out of your European winter break.

Known as the ‘capital of the north,’ stain glass windows and views of the fjord decorate Akureyri’s buildings. Though the city is lovely, you might find yourself looking further up. Iceland is one of the few places you can see the northern lights. Watching green and purple rays dance across the sky somehow make the below-freezing temperatures more than worth it. Iceland has some of the lowest light pollution levels on earth, making stargazing one of its greatest treasures. Each night, thousands of stars reveal themselves. Throughout all of my travels, few views compare to this.

A must for Game of Thrones watchers. Dubrovnik, aka King’s Landing, is beautiful in the offseason. In the colder months, when there are significantly fewer tourists, the city shows itself as the magical place viewers know it to be on the hit HBO show. The old city walls are still intact and encapsulate the ancient city of Dubrovnik. You can walk the entirety of the walls marveling at the city below while following the same paths as the Lannisters and Starks.

The capital of Norway and host of the 1952 Winter Olympics Olympics, Oslo lights up in the winter (literally). Oslo—another city where you can see the northern lights—is also the ideal destination for active travelers. The most common things to do in the winter include cross country skiing, snowboarding, sledding and tobogganing. Chloe Craig spent winter of 2016 in Oslo and recounted the most memorable parts of her trip. “Every morning when there was an additional three feet of snow on the ground, I found myself energized,” Craig said. “One of my favorite things to do was cross country skiing at a local park right outside of Oslo. Opposite to the expensive skiing culture in the US, this park was completely free for the public.” In a sort of miraculous way, Oslo takes people back to childlike innocence, running around in the snow and drinking hot chocolate just as they would if they had a day off from school.

Perhaps my favorite place on earth, Valencia is a quaint city on the eastern coast of Spain. Less crowded than Barcelona or Madrid, Valencia houses one of the most amazing and unusual festivals in the world, Las Fallas. Starting in February, this month-long festival sends the city booming with parades, bands and the traditional Mascleta, a rhythmic gunfire show. Throughout the year, some of the world’s most exceptional woodworkers and firework artists flood the area to create building-size wooden sculptures inspired by politics and anything satirical. On the final day of the festival, Fallas statues are burned to the ground symbolizing a fresh start for the new season.  Be prepared, the Spanish know how to party.

Straight out of a Christmas story, one of the best things you’ll do in Krakow during the winter is going on a sleigh ride. Full fantasy mode – a horse-drawn sled decked with sleigh bells will take you through Krakow’s countryside, simply one of the most romantic ways to spend a winter day.

Winter in Amsterdam is a great way to avoid crowds and experience some of the unique activities Amsterdam offers during the colder months such as ice skating (while high), canal rides (while high) and Christmas markets (also while high). In the wintertime, the city slows down, the tourists wear off, and the buildings are covered in Christmas lights. In a city unofficially known as the capital of weed and excellent breakfast food, it is impossible to have a bad time.

You can’t talk about German wintertime without talking about Christmas markets. Found all over the city, these markets offer some of the coolest and quirkiest art, clothes, and jewelry. After the markets, it’s crucial to hit up Berlin’s botanical garden. Every November-December, Berlin’s botanical garden lights up into the most magical winter wonderland.  Lights cover trees and statues and when the sun goes down, scenes of sleighs, Santa Clause, reindeer, snowflakes and a tunnel of lights illuminate the gardens.

A great place to visit any time of the year, but there’s something special about this English city in the winter. “You can feel the internationality of London,” said Italian native Adele Taramasso about her favorite things in London during the winter. “Millions of people from all over the world come to London each year. In the winter it’s particularly special seeing people walking the streets, holding hands and sharing a pint with one another. The city is enormous but somehow still feels quaint”. After spending four months in the city, I realized it’s impossible to be bored here. There is always something to do. You could get drunk and jump in a ball pit. That’s right, one of my favorite nights in London was at Ballie Ballerson, a ball pit and bar.

Budapest is the ultimate winter destination, offering hot wines, hot stews and hot tubs. One of Budapest’s most famous attractions is its Hungarian baths. The warm baths offer the perfect escape from the cold. The Rudas thermal baths, while first built in 1550 have maintained their popularity since. And rightly so, Rudas has indoor and outdoor baths overlooking Budapest. By day nine of my winter break trip, the rest of my group and I were all pretty tired. Thankfully for us, going to a spa was the most highly recommended activity.

Like most Europeans, everyone in Dublin is adorned with thick jackets and twill hats, and scarves; but arguably, the best way to stay warm in Dublin is with a pint of Guinness. Dublin’s unpredictable winter weather gives you the perfect excuse to slip into a pub. Kyra Conley, Dublin regular, said, “My favorite spot is this outdoor bar, Bernard Shaw’s. It has really pretty fairy lights and picnic tables to drink at.” I’m not sure if it’s just the beer, but Dublin locals are some of the nicest people I’ve had the pleasure of meeting, drinking, and then stumbling around the city with.

Filed Under: How to Travel Cheap Student Travel Winter 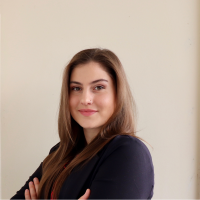 Your Ultimate Guide to These 10 #Basic Snapchat Filters
Next Post: Sympathy for the Joker: The Film’s Missteps with Mental Health Representation