I can’t quite explain the feeling when you hear a song that just relates to you. It even feels like the artist got inspiration from your life. Whether the music sparks a feeling of heartbreak, joy, motivation or anger, music enhances the human experience. At schools like Boston College, music surrounds us. A cappella groups and bands flood the campus, leading to our spring festival: Modstock. In 2016, T-Pain took the stage and brought us back to middle school with “Buy U a Drank” and “Kiss Kiss.” Budgeting aside, these 10 artists would turn Modstock into a concert for the ages.

Florida Georgia Line brings a lot more to the music scene the long hair and occasional cowboy hat that make them look like typical country artists. But not every country group makes a song with Nelly. Country duo Brian Kelley and Tyler Hubbard create music to vibe with in the car alone or to dance with thousands of screaming fans. Their upbeat hits like “Cruise” and “This Is How We Roll” reach far more than the hardcore country fans. Fans of hip hop and pop will vibe with this group just fine.

Calvin Harris might be the best party DJ out in the music scene today—or at least his popularity justifies that title. His collaborations with artists like Rihanna and Elle Goulding keep us singing and dancing along with their catchy lyrics and crazy electronic beats. Any concert with him on the turntables gets people moving and feeling good.

Possibly the biggest name in country music, this artist gets the crowd to shake it for him on the daily. “Luke Bryan is the Tom Brady of country music,” said BC senior Josiah Lung. With 13 number one singles and an impressive discography, this Billboard award winner deserves respect. Songs like “Crash My Party” and “Play It Again” energize crowds all around the country and this star would make any festival worth your Saturday night.

“Chance’s sound ranges from jazzy, soulful, modern and church-like elements while his lyrics expand to extensive metaphors and trippy wordplay,” said BC sophomore Nanayaw Appiah. His innocent delivery along with emotional messages and spiritual content uplift people in ways most artists can only dream. His masterful new project “Coloring Book” delivers gospel-infused sounds and vibes best experienced in person. Boston College would feel #blessed to have Lil Chano from 79th take the stage at next year’s festival.

When it comes to artists today, few names claim as much popularity as Rihanna. Turn on the radio and you’ll probably hear her single “Work” fill your car and your head the rest of the day. Her collaborations with Drake, Eminem, Kanye and Calvin Harris have not only created number one hits, but also classics of this generation like “All of the Lights,” “Love the Way You Lie” and “We Found Love.” She’ll soon reach legendary status, and we won’t stand in her way.

Kendrick Lamar deserves legendary status already. “Kendrick is the type of artist that refuses to be boxed in by the direction his genre is going and will often go completely against the grain to remain true to his own artistic vision,” said BC sophomore Zack Patterson. To Pimp a Butterfly just might be one of the greatest rap albums of all time. His music reflects his reality and invokes a sense of social consciousness to all who hear his music. His powerful delivery combined with insane lyricism touches every emotion possible, from the love of a partner in “Poetic Justice” to the anger of racial hatred in “Blacker the Berry.”

“We need artists that make dope music that teaches and progresses our thoughts,” said BC junior Matthew Smith. Kanye personifies just that. He knows what he wants and goes after it no matter the challenge. Many record companies overlooked his lyrical talent, only seeing him as a producer. But he broke that barrier and changed the game with material outside the realm of “gangster rap” that flooded the charts during the mid-2000s. Never taking the easy route and determined to be the best, his music has flooded the charts since 2004. He has 21 Grammy awards and his new album The Life of Pablo could rival any of his previous projects. His extensive musical catalog would truly make our festival legendary.

From his mixtapes to studio albums, Drake has shown the rap industry and the world that this Canadian rapper won’t be moved. “Drake is able to paint a picture of his experiences from his journey to success to his checkered loving relationships. Drake blends his lyrical genius with an R&B flavor to help people envision themselves in the song,” said BC sophomore Samir Aslane. The face of Toronto continues to surprise us with newer and better projects. While his Grammy award-winning album Take Care pulled at our heartstrings in the most fantastic way, his most recent release, Views, blew us out of the water and created number one hits like “Hotline Bling” and “One Dance” this year. Love him or hate him, you can’t deny that this man’s mission to be one of the greatest looks well within his reach.

Beliebers and non-Beliebers alike have got to acknowledge this man’s greatness. Justin Bieber first stole the hearts of teenage girls in the late 2000s with songs like “Baby” and “One Time,” but it took a little longer for the rest of us to come around. Albums like Journals and Purpose opened our eyes to the incredible talent Justin possesses. He delivers everything from dance tracks (“What do you Mean,” “Sorry”) to slow heartfelt vibes (“Love Yourself,” “Home to Mama”). It would be almost impossible to find a better artist to perform at a festival than Justin.

One word encapsulates Queen Bey. “Fierce,” said BC recent graduate Karra Gardin. Beyoncé continues to captivate crowds with a grace and power unique to her. Lemonade, her new visual album, shocked us with its groundbreaking visual approach and powerful emotional content. Her voice cuts through the air and stands the test of time. She embodies fearlessness and a spring festival with her as the headliner would be a tale to tell the grandchildren one day. 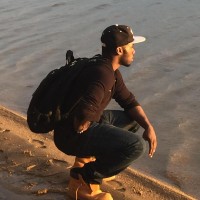 Christian Lewis is a sophomore at Boston College. He is a Communication and Music major spending his late nights eating steak and cheese subs and learning guitar.

16 Times She’s the Man Was on Point about Life as a Creative Writing Major
Next Post: You Scored the Internship–Now Score a Lasting Impression